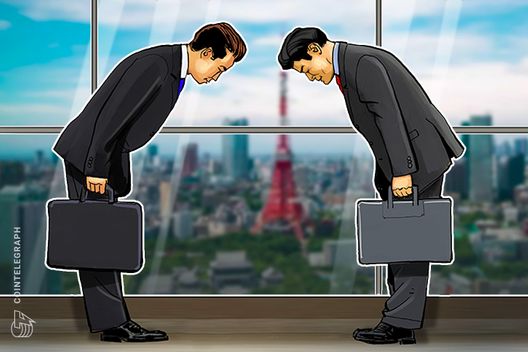 Huobi’s subsidiary in Japan now owns a major percent of shares in Japanese BitTrade — one of only 16 regulated crypto exchanges in the country.

As Cointelegraph has learned, Huobi Japan will get 100 percent of the shares from True Joyful Limited, BVI, which holds holds all of the beneficiary interest in the company. FXTF Asset Investment Private Ltd. reportedly had 75 percent of the shares, with FX Trade Financial with 25 percent. 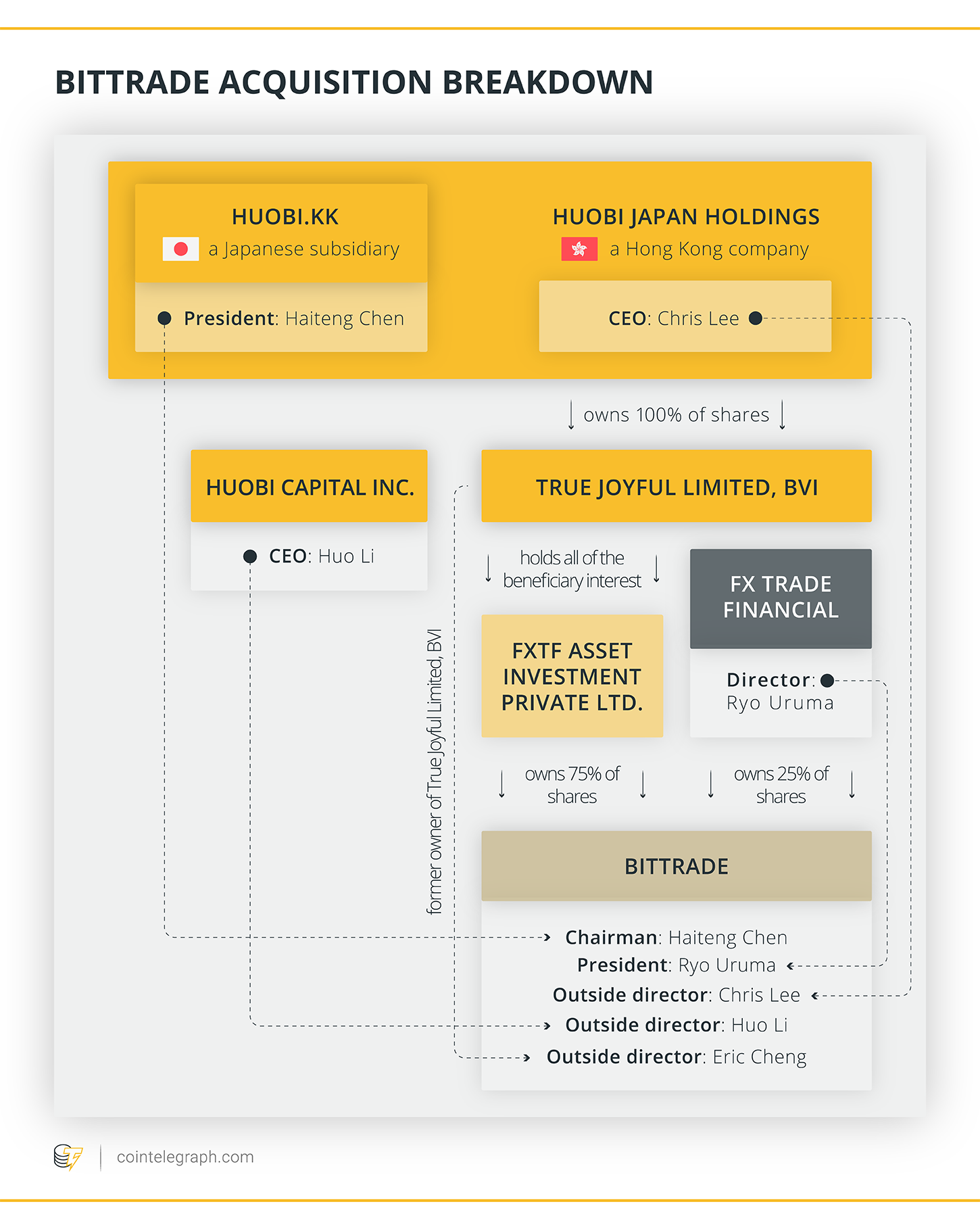 Haiteng Chen, the acting president of Huobi Japan, was named as a chairman of BitTrade while Chris Lee, who left his roles as CEO of OKEx and CFO of parent operator OkCoin in May to join the Huobi team, was appointed as its independent director. Huo Li, Huobi Capital Inc. CEO, will take on the role of an outside director as well.

Both Huobi and BitTrade officials are determined to develop the platform to expand its global reach. According to a press-release published by Business Insider, Huobi Japan will “aggressively scale up the platform” to provide more professional and user-friendly services.

“Looking ahead, we will leverage on Mr. Cheng's international network and passion for blockchain technology as we continue to expand geographically […] Leveraging on BitTrade's leadership team and its Japanese government-approved license, this is just the beginning as we look to grow BitTrade into the most dominant player in the Japanese cryptocurrency market.”

Huobi is one of the world's largest crypto exchanges, ranked the fourth largest in the world by daily trade volumes, seeing around $573.2 million in trades over the 24 hours before press time. The company has accumulated over US $1 trillion since it was founded back in 2013, and has teams in Singapore, Korea, Hong Kong, Australia, the UAE, Luxembourg, along with other locations.

BitTrade is one of only 16 regulated and Japanese government-approved crypto currency trading platforms and also the only one fully acquired by international investor — Singaporean multi-millionaire and entrepreneur Eric Cheng. As Cointelegraph reported earlier, the company received its license in Japan in June 2018.