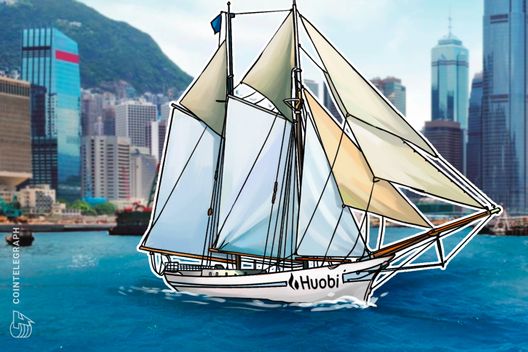 Cryptocurrency exchange Huobi — currently the world’s 7th largest by daily traded volume — has relaunched as a fully licensed platform in Japan after merging with BitTrade. The news was announced in a press release published Jan. 17.

As reported, Huobi Global's wholly owned subsidiary, Huobi Japan Holding Ltd, acquired a majority stake in BitTrade last September. At the time, BitTrade was one of only 16 crypto exchanges in the country to have secured a license from national financial regulator, the Financial Services Agency (FSA).

Leon Li, Huobi Group Founder and CEO, has said that securing the license represents a significant milestone for Huobi, given the importance of the Japanese market.

While a license has been mandatory for all crypto exchanges operating within Japan since the amendment of the country’s Payment Services Act back in April 2017, the FSA has continued to ratchet up requirements for applicants throughout 2018, in the wake of last January’s industry-record-breaking $532 million theft of NEM tokens from Coincheck.

Founded in China in 2013, Huobi Group has been headquartered in Singapore since Beijing’s crackdown on domestic crypto-fiat exchanges in September 2017. As part of its ongoing overseas expansion efforts, the platform has recently rebranded its United States-based strategic partner trading platform HBUS to the better known Huobi name.

Following Coincheck’s very recent acquisition of an FSA license, the total number of regulator-approved exchanges in Japan stands at 17.

Last fall, an executive from leading U.S. crypto exchange Coinbase made positive remarks about Japan’s crypto regulatory climate, saying that the FSA’s intense focus on security is “good for us.” Coinbase has had plans to secure a license to operate within the country in the works since June 2018.

Huobi has seen $299.6 million in trades over the 24 hours to press time, according to CoinMarketCap data.