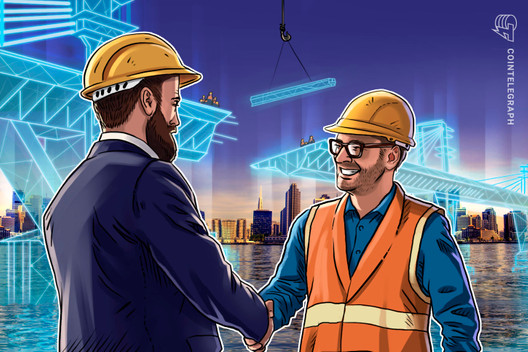 Perlin will assist the world’s largest business organization to get to grips with the technology’s potential applications.

Singapore blockchain startup Perlin is helping the world’s largest business organization, the International Chamber of Commerce (ICC), roll out the technology, the company confirmed in a press release on April 12.

Perlin, which is already involved in blockchain pilots for various major businesses, including Asia Pacific Rayon, will now gain access to ICC’s members as the organization attempts to bring innovative technologies to the fore.

Now one hundred years old, the ICC counts 45 million businesses under its wing, including Amazon, CocaCola, FedEx, McDonalds and PayPal.

“In collaboration with Perlin, […] we can help facilitate practical and truly disruptive transformation for businesses across every conceivable industry sector,” John Denton AO, secretary general of the ICC, commented in the press release.

The partnership will take various forms, but will focus on value chain traceability — tracking goods through their stages of production and delivery.

The area has already seen considerable uptake from the blockchain sector, with solutions aiming to improve the provenance of entire supply chains from food to metals.

Singapore itself will also benefit, with Perlin and the ICC pledging to advance regional initiatives to improve its status as a tech hub.

As Cointelegraph reported, the city state continues to position itself as a blockchain-friendly jurisdiction. The central bank is set to begin rolling out its Project Ubin initiative among others next year.