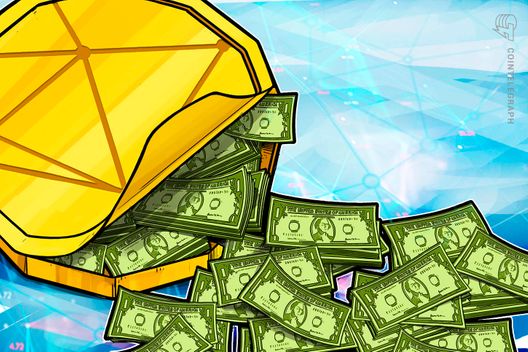 The IMF has warned the Marshall Islands about the risks of adopting a digital currency as a second legal tender, urging it to “seriously reconsider.”

The International Monetary Fund (IMF) has warned the Republic of the Marshall Islands (RMI) about the risks of adopting a cryptocurrency as a second legal tender, according to an official press release published on September 10.

In the report, the U.S.-based agency backed by the United Nations addresses the government of the Republic of the Marshall Islands, stating that the introduction of digital currency as an official form of legal tender will pose risks to the country’s financial integrity, as well as relationships with foreign banks.

By adopting digital currency as a second official currency after the U.S. dollar, the Bank of Marshall Islands (BOMI) — the only local commercial bank of the country — will elevate the risk of losing “the last U.S. dollar correspondent banking relationship (CBR)” as a result of heightened diligence by banks in the U.S., the statement says.

Since the Marshall Islands are “highly dependent on receiving and spending U.S. grants,” the IMF states that the loss of important banking relationships could harm the country’s economy.

Moreover, the IMF believes that the costs of adopting cryptocurrency, such as the development and enforcement of anti-money laundering (AML) and counter financing of terrorism (CFT) policies, are “considerably smaller” than any potential financial gains:

“The potential benefits from revenue gains appear considerably smaller than the potential costs arising from economic, reputational, AML/CFT, and governance risks. In the absence of adequate measures to mitigate them, the authorities should seriously reconsider the issuance of the digital currency as legal tender.”

The IMF urged Marshalese authorities to reconsider issuing a digital currency until the government is able to provide and implement “strong policy frameworks” in regards to economic, reputational, AML/CFT, and governance risks.

The Republic of the Marshall Islands — with a population of roughly 53,000 — first revealed plans to release its own cryptocurrency dubbed the Sovereign (SOV) in February 2018. As officials then claimed, the Sovereign currency would be “another step of manifesting [their] national liberty.” The Sovereign is set to be an alternative to the official currency of the U.S. dollar, and is planned to be distributed via Initial Coin Offering (ICO).