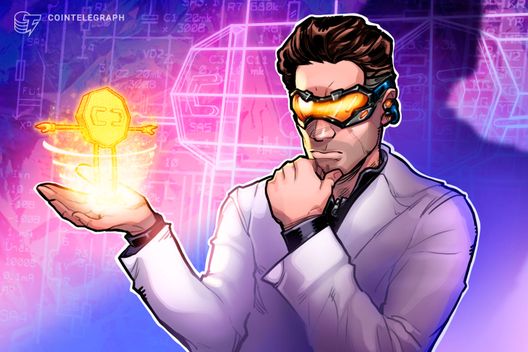 We know that stablecoins are backed by something. It’s time to learn how they are backed.

Stablecoins have been making the headlines in recent months, attracting big investors, tempted by the allure of a on ‘non-volatile’ cryptocurrency. At first, we usually pay attention to the backing connection, in other words, to the coin’s stabilizing mechanism. Broadly speaking, this is broken down into 3 categories: asset-backed (including fiat), crypto-backed, and non-backed stablecoins (including algorithms and the Seigniorage shares’ approach).

These 3 aspects provide a more rounded explanation of how stablecoins work, how they are constructed, and how their utility and usability ultimately depend on it.

Currency pegs stem from the Gold Standard that originated in early 18th century England, and the Bretton Woods agreement that was implemented after World War 2. Under this agreement, most Western European countries fixed (or pegged) their currencies to that of the United States, who in turn pegged the US Dollar to gold. Although the agreement was finally dissolved in 1973, it was very effective in the post-war era to stabilize economies and promote growth.

A crawling peg is a fixed exchange rate but one that is allowed to fluctuate between the par value of the pegged currency and a range of predetermined rates. The par value may be periodically adjusted to account for inflation and other market conditions to increase stability. This allows an exchange rate to adjust over a period of time instead of a sudden currency devaluation.

A commonly referenced example, refers to Mexico, which implemented a crawling peg against the USD in the 1990’s. This allowed it to gradually devalue its currency (hence the term crawl) over time, until it reached an acceptable exchange rate, thereby avoiding economic instability associated with dramatic currency devaluations.

An adjustable peg is also a fixed exchange rate, but one that that has a predetermined level of flexibility built into it (normally between one and two percent). If the rate moves beyond this range, the central bank will intervene to bring the rate back to the target peg. The goal is to allow a country to stay competitive in the export market.

Many developing Asian nations have been known to operate such an exchange rate regime in the past, including Indonesia, Malaysia, the Philippines, and South Korea, to restrict the degree of fluctuation towards the dollar and to allow for cheap exports.

With a basket peg, a currency will be pegged to more than one currency in a weighted mechanism, comprising currencies of its most important trading partners. The reason a country might use a basket peg is the same reason an investor would diversify their portfolio; to make the currency even more stable and hedge against the risks a single pegged currency might face when the anchor currency suddenly devalues, such as high inflation.

A currency can also be pegged to a reliable commodity, such as gold. For many years, before WW2 and the Bretton Woods agreement, the Gold Standard was widely used to stabilize currencies. However, governments and economists believe the practice can actually stifle growth. Although central banks might still hold some gold as a form of backing, the last currency to decouple from gold was the Swiss Franc in early 2000.

Many cryptocurrencies have been designed with a Gold Standard style mechanism in mind, where one token would be backed by a specific quantity in gold, such as Digix and OneGram for example. That has mixed results, because for investors, prices of commodities are not a relevant unit of account. It doesn’t necessarily have to be gold. Venezuela launched the Petro, an oil-backed cryptocurrency pegged to the price of barrels of Venezuelan crude oil.

Collateral is defined as “To offer an asset as a surety that a debt will be repaid.” Basically, it’s the asset that the borrower leverages to secure a loan from the lender. The most common example we’ll all be familiar with is mortgages, where the bank customer is able to obtain a loan to buy a house based on the provision that the bank may repossess the house if the customer defaults on their repayments. The house serves as backing or security on the loan and reduces the lender’s risk.

The same principle can be applied to car financing, buying jewelry, or art. Businesses can also leverage their existing equipment to obtain financing. With stablecoins, the collateral refers to the commodity or fiat (i.e. USD, EUR). For every fiat collateralized token a platform issues, they should hold an equal amount of fiat currency as collateral, but this is not always the case, as we’ll see later. The same goes for commodity-backed assets, for every token a gold backed stablecoin platform issues, they should hold an equal value of physical gold as collateral, but, again, this does not always happen.

Difference between backing and collateral

When a currency is backed by another commodity or asset, it does not necessarily mean the holder of the currency has that surety to exchange it, or have a claim on, the backed commodity. If we look at the Venezuelan Petro, example above, a holder of Petro tokens cannot exchange it for a physical barrel of crude oil. However, it does mean that physical barrels of crude oil are held in reserves to stabilize the cryptocurrency and to give it a fixed exchange rate.

It’s the same principle with gold-backed currencies, where physical gold might be held in reserves to back the currency and to stabilize it, but holders of the currency do not necessarily have a claim on the physical gold, only that they can redeem their currency at a fixed exchange rate against the gold.

Collateralization is different though. As Investopedia states it, “Collateralization occurs when a borrower pledges an asset as recourse to the lender in the event that the borrower defaults on the initial loan.” That means in the case of collateralized cryptocurrencies, the holder of such a coin has an actual claim on the collateral, i.e. they can exchange it directly for its value in gold, USD, or even other cryptocurrencies.

Most asset-backed stablecoins will claim to be fully backed by the underlying asset. However, understandably, these claims are subject to be scrutinized unless backed up by unbiased, 3rd party auditing entities. One of the most famous stablecoins, Tether (USDT), has been under fire for months since they parted ways with their auditor and have not been able to provide conclusive evidence that they hold 1:1 US dollars in reserve for every USDT that they issue and therefore might be severely under-collateralized.

Other stablecoins like Saga, are actually backed by a fractional reserve (i.e. they don’t hold the entire backed asset in physical reserves) and pegged to the International Monetary Fund's SDR (Special Drawing Rights), an international reserve asset.

On the other hand, a gold-backed stablecoin such as USDVault, is fully collateralized, meaning physical gold reserves to back issued tokens are held in vaults, which are transparently audited to make sure the stated value of gold actually exists, and a hedge mechanism is in place to maintain 1:1 USD price stability.

It is also possible for stablecoins to be over-collateralized. This is often the case when the actual collateral is another cryptocurrency, like with BitShares (BitUSD, BitCNY) and MakerDAO (DAI).

The issue with crypto-backed stablecoins is that the underlying asset can be just as volatile as the actual coin. So to counter that, the stablecoin will be over-collateralized, sometimes as much as 200%, so that when the backing cryptocurrency falls 25%, 50% or even 75%, there is still more than 100% of the value left to keep the price of the stablecoin from fluctuating. The important thing to determine is that, whether we are talking about the backing of a stablecoin or securing a loan, is the underlying asset adequate and reliable enough to achieve its purpose, i.e. to act as a security or to maintain stability?

Redeemability is closely related to our previous discussion on backing and collateralization. When a stablecoin is backed by a certain asset, it does not necessarily mean that the holder can redeem their token in exchange for that underlying asset.

In more traditional financial markets, the question of redemption is very valid in bankruptcy law, and dictates certain conditions that have to be met before an individual can actually redeem their claim on an asset, for said asset. Basically, unless explicitly and unambiguously stated, when a currency is backed by an asset, the user should not assume that they automatically have a legal claim on that asset.

There are various benefits for asset redeemable stablecoins. One being that it serves as a confirmation in itself that the underlying collateral actually exists, that it’s not a baseless claim. It also provides practical use cases to users, such as, in the case of gold-backed stable coins, not having to convert to fiat for redemption and therefore avoid exposure to currency fees and price fluctuations.

As the market matures, stablecoins are becoming a more prevalent presence in the cryptocurrency space. New investors are continually looking to get into the crypto market, but at low risk and high security, while seasoned investors are looking for options to stabilize their portfolios and a safe haven in case of severe market downturns.

This continued search is sure to bring up some interesting mixing and matching of pegs and backings. Who says you can’t have a stable coin backed by Ether and pegged to the Japanese Yen? Ethereum Founder and cryptocurrency influencer, Vitalik Buterin, had the following to say on the need for effective stablecoins:

“Are stable-value assets necessary? Given the high level of interest in "blockchain technology" coupled with disinterest in "Bitcoin the currency" that we see among so many in the mainstream world, perhaps the time is ripe for stable-currency or multi-currency systems to take over.”