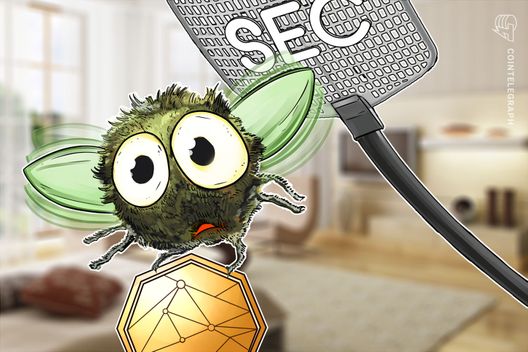 The SEC has issued a cease and desist order and a $200,000 fine to Crypto Asset Management for misrepresenting itself to investors.

The U.S. Securities and Exchange Commission (SEC) has issued a cease and desist order and a $200,000 fine to Crypto Asset Management (CAM) and its founder Timothy Enneking, according to a document published on the commission’s website Tuesday, September 11. According to CNBC, this is the first SEC disciplinary action against a digital asset management fund.

The SEC order says that CAM “misrepresented” itself as the "first regulated crypto asset fund in the United States," and raised $3.6 million from 44 investors in late 2017, bringing its net asset value to $37 million.

According to the filing, the fund has "never been registered with the Commission in any capacity." Тhe commission insists that CAM “wilfully” broke the law by claiming to have the necessary credentials associated with holding and trading securities.

After being contacted by the SEC, the company has agreed to stop its public offering and has offered a buyback to investors. CAM has also agreed to pay the fine, while it has not admitted guilt to the commission’s allegations.

Also today, the SEC issued an order against “ICO superstore” TokenLot. The Commission says that TokenLot breached the law by failing to register. Similar to CAM, the firm has agreed to pay a $471,000, but has not formally admitted to violating the law.

In a further move from regulators, the U.S. Financial Industry Regulatory Authority (FINRA) has filed charges against a Massachusetts man on September 11 for securities fraud and illegal distribution of an unregistered cryptocurrency HempCoin.