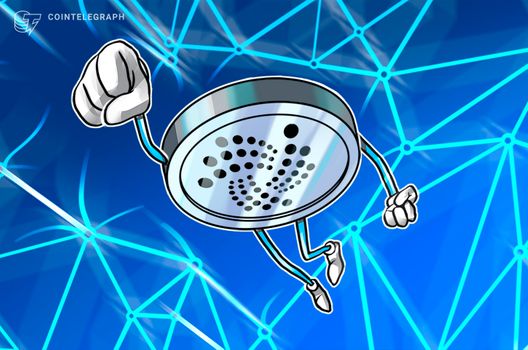 The Iota Foundation, the company behind the cryptocurrency Iota (MIOTA), announced its partnership with startup incubator Nova through a press release shared with Cointelegraph on Feb. 18.

According to the release, the partnership aims to fund new startups employing Iota’s platform through the “Iota Cofoundery” program on Nova’s website, which focuses on the early stages of startup development and seed funding. The program also grants the selected startups access to Nova’s mentoring program and tech startup team, reportedly consisting of over 20 startup consultants specialized in technology.

Nova has reportedly co-founded over 80 technology startups to date, and more than half of those are still active after over three years. The press release claims that, on average, the three-year startup survival rate is 10 percent.

As Cointelegraph reported in November last year, decentralized internet protocol Tron announced its plans to launch a blockchain fund. The fund, which is aimed at blockchain-enabled gaming, is dubbed Tron Arcade.