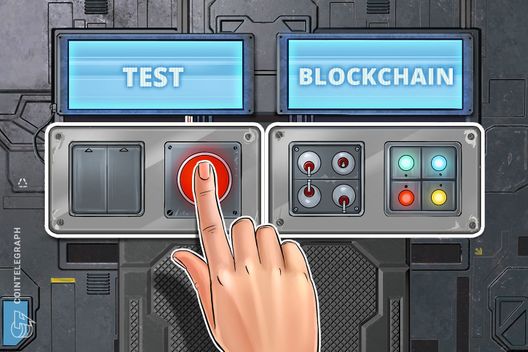 A group of 14 Italian banks has successfully completed the initial stage of its blockchain-powered interbank system project.

By applying distributed ledger technology (DLT), the group of 14 Italian banks is planning to improve interbanking processes. Specifically, the association intends to boost the processing time of operations, increase the transparency of banking information, and enable the verification and exchange of information directly within the application.

According to local Italian source Corriere Nazionale, the application of blockchain technology will also assist in specific aspects of banking operations that usually involve a number of complex discrepancies. In this regard, blockchain deployment in the interbank system aims to address that issue by storing data on multiple nodes shared by the banks, with the implementation of smart contracts.

According to the report, the association has successfully completed 1.2 million movements on an infrastructure of 14 nodes distributed by the banks. Based on the positive results of the first stage of the test, the banks will now start applying the blockchain-powered application for the recording of daily operations.

The association had first revealed the plans to implement blockchain technology for banking operations in June of this year. The blockchain interbank initiative, called the Spunta Project, is carried out by ABI’s banking research and innovation center Abi Lab.

The Spunta Project is based on the Corda DLT platform and developed by blockchain consortium R3, with assistance from y tech firm NTT Data.

Although audit and consulting firm Deloitte has recently claimed that the existing blockchain ecosystem has a number of issues — including the risks of too slow transaction speed — blockchain applications have been introduced by some global banking institutions.

On September 20, Poland’s largest bank, PKO Bank Polski, revealed plans to launch a blockchain tool for client documents through a partnership with UK-based Coinfirm. The day after, the company tweeted an explanation of how the solution is working in practice.