↓
Home Menu ↓
Home→News→Kaspersky CEO: Cryptocurrencies Are Great, But the World Is not Ready Yet 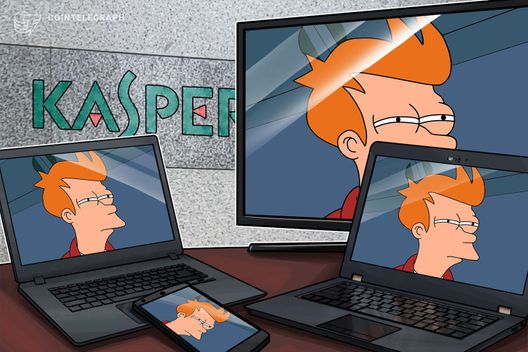 Eugene Kaspersky, the CEO of cybersecurity company Kaspersky, said that “cryptocurrencies are a great idea, but the world is not ready for them yet.”

Eugene Kaspersky, the CEO of the cybersecurity giant Kaspersky, stated in a recent interview that “cryptocurrencies are a great idea, but the world is not ready for them yet.” Kaspersky made the statement to financial news website Arabian Business on March 1.

Kaspersky elaborated, stating that he believes that in the future — “perhaps in a 100 years’ time” — the world will be united under a single government, which turn will have a single, digital currency. According to the entrepreneur, “the world must be united if we want to have encrypted currencies. At the moment, governments will want to control them.”

He also argued that in the future, digital currencies will see little competition for use, as he predicts the dominance of a single currency:

“Some other currencies may be available, but on a global scale the currency will be unified.”

Kaspersky also noted that he believes that the future currencies will be digital, arguing, however, that “today’s digital currencies, such as Bitcoin (BTC), cannot replace the current financial system.” Still, he concedes:

“Some of the ideas and techniques on which these [crypto]currencies are based can be used in the future currency with little modification, leveraging blockchain technology.”

Kaspersky had previously expressed a similar view on crypto in the past. As Cointelegraph reported in December 2015, he said that while “cryptocurrency is a great invention” he is also convinced that “geopolitically this world is not ready to use it yet.”

As previously reported, the co-founder and CEO of Twitter, Jack Dorsey, also thinks the future holds the potential for a single, dominant digital currency. He, however, has argued that the global currency will be Bitcoin.