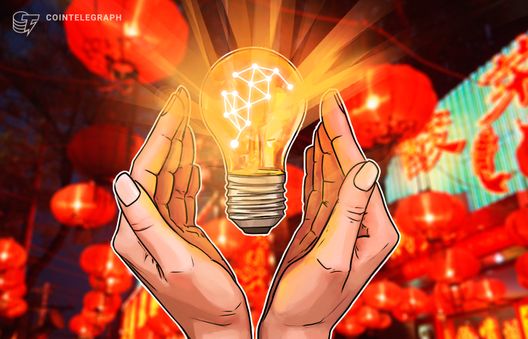 The venture capital wing of the People’s Daily Online has signed an agreement with tech company Xunlei Limited to launch a blockchain laboratory.

The venture capital wing of the official newspaper of the Communist Party of China (CCP) — People’s Daily Online — has signed a deal for a strategic partnership on a blockchain laboratory Oct. 23, according to a press release.

People’s Capital signed a deal with Shenzhen-based technology company Xunlei Limited. Per the terms of the agreement, the two companies will construct a laboratory for “technology innovation” at the People Capital’s Blockchain Research Institute.

In addition to researching blockchain application in various use cases, the partners will also build a “high-level industrial service platform” to organize competitions, seminars, workshops, and promote and identify startups in the blockchain industry.

According to the press release, the blockchain laboratory is part of an initial global partnership agreement signed by People’s Daily Online and Xunlei Limited on July 22 of this year.

In 2012, the online version went public on the Shanghai Stock Exchange, becoming the first news website in the country to be listed on the A-share market. The publication is widely regarded as a mouthpiece for government policies and positions.

Xunlei Limited is a blockchain infrastructure provider and is also known as the “BitTorrent of China” for developing the Xunlei download manager, a peer-to-peer software that supports HTTP, FTP, and BitTorrent protocols.

Earlier this year, the CCP published a primer on blockchain technology and its possible applications. Ye Zhenzhen, general manager of the People's Daily then stated that the most important part of blockchain technology is its “operating mechanism.” He added, “Through the ingenious combination of technologies, the fair distribution of resources is completed.”