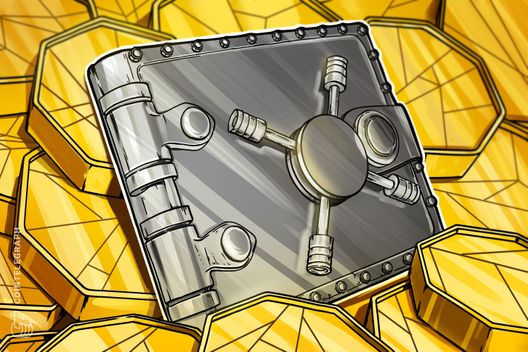 Lastly, the announcement notes that institutions’ confidence in a firm’s ability to safely keep client assets in this industry is at an all-time low because of recent exchange hacks and debacles, such as the QuadrigaCX case.

As Cointelegraph recently reported, Singapore-based cryptocurrency exchange DragonEx has notified its users that it suffered a hack that resulted in the transfer and theft of both “users’ […] and Platform crypto assets.”

Today, Cointelegraph reported that data scientists at blockchain infrastructure firm Elementus have published details of recent transactions from crypto exchange CoinBene that they consider to be suspect, beginning with $105 million in crypto swiftly being moved out of the exchange’s hot wallet.

The top-ranked exchange had just yesterday reassured users that its prolonged maintenance downtime is not due to a hack after customers made it clear that they believe the exchange to have been breached.