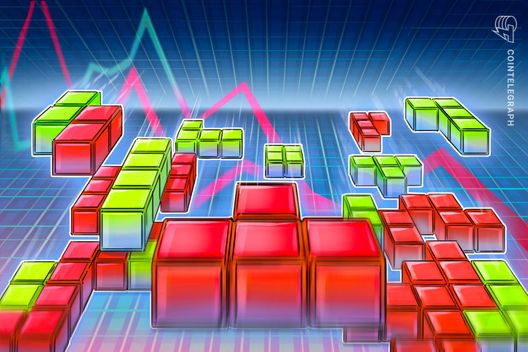 Wednesday, March 20 — cryptocurrency markets are seeing mixed signals today after moderate growth yesterday. Most top coins are slightly down, with Bitcoin (BTC) trading at around $4,060 at press time.

BTC is down around 0.13 percent over the last 24 hours, and is trading at around $4,063 at press time. The leading digital currency has seen low volatility during the day, having dropped to as low as $3,993, while the intraday high reached $4,079.

As reported earlier today, multiple respondents have filed comments with the United States Securities and Exchange Commission on the latest proposed rule change for the VanEck/SolidX Bitcoin exchange-traded fund (ETF). Among the seven comments filed thus far, six strongly urge the regulator not to approve the VanEck/SolidX proposal. 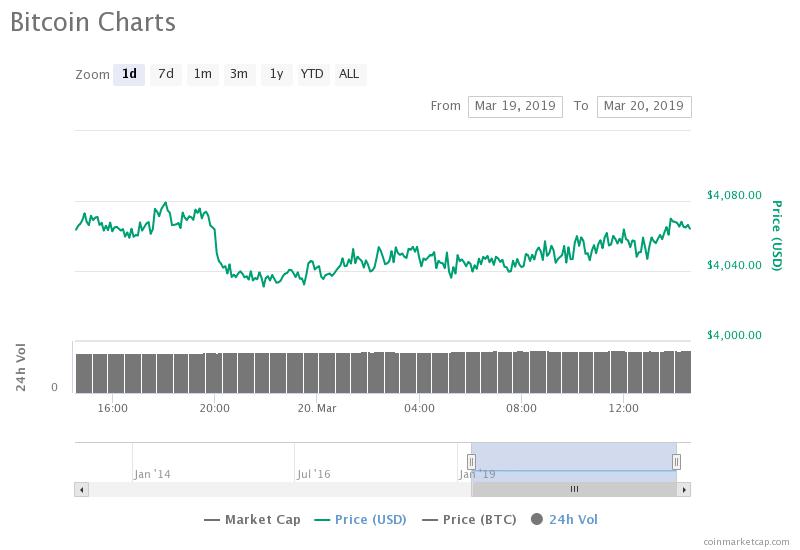 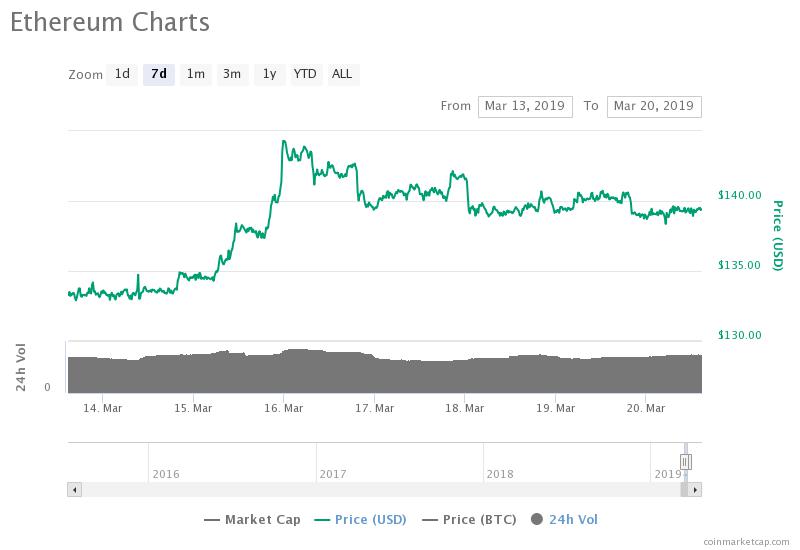 Ripple (XRP) is also down a slight 0.23 percent, trading at $0.318 at press time. The altcoin’s weekly chart is showing its price increasing by 1.05 percent. 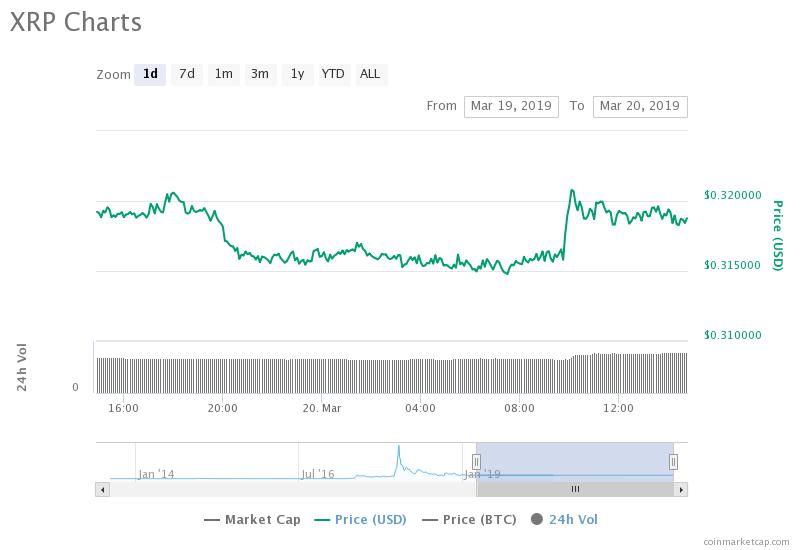 Total market capitalization of all 2,115 coins on CoinMarketCap is around $140.9 billion at press time, dipping as low as $139.4 during the day. The daily trading volume of all cryptocurrencies is around $32.8 billion. 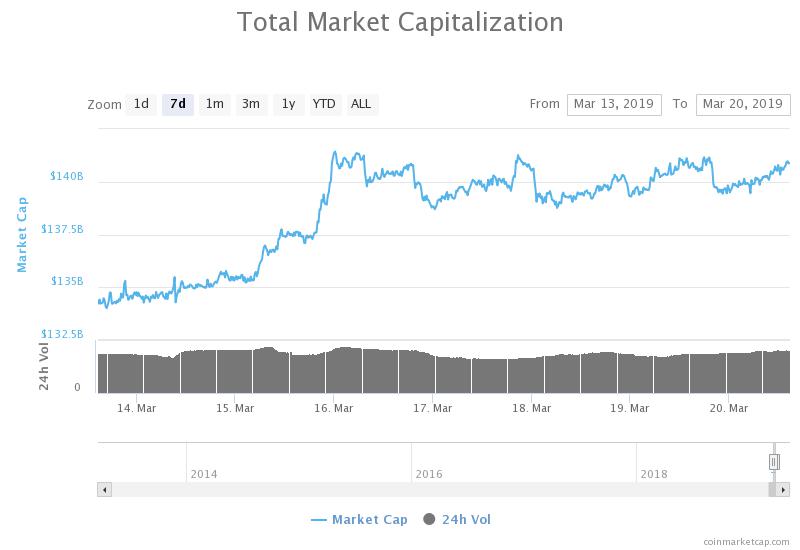 Oil prices have seen a surge today, with U.S. crude reaching $60 for the first time in around four months, according to CNBC. West Texas Intermediate (WTI) is up over 1 percent on the day, trading at around $60.12 to press time, while Brent has gained around 1.15 percent and is trading at $68.39 at press time.

Gold price reportedly increased by 0.64 percent today to $1314.9 per ounce after the United States Federal Reserve decided not to raise interest rates. At press time, gold is up by 1.85 percent and is trading at around $60.12.