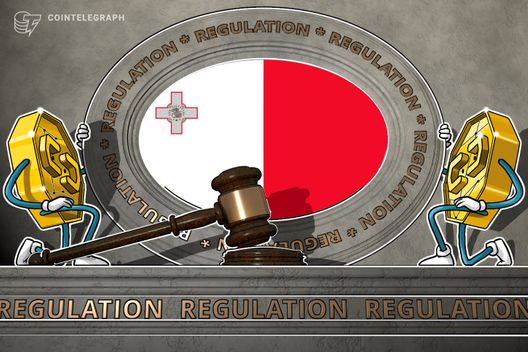 The Malta Financial Services Authority (MFSA) has approved its first 14 crypto assets agents that previously sought for a license, according to an official statement published today, April 2.

The approval comes five months after the Virtual Financial Assets Act (VFA), adopted by Maltese government last year, came into power. According to local newspaper the Times of Malta, over 250 applications were initially filed by lawyers, accounts and auditors. However, nearly two thirds of them failed to pass the official assessment process.

Only 28 of them finally succeeded to apply for a license, and 14 were approved with “minor details” to be fixed, the newspaper writes. The watchdog states that its representatives will now be assisting these crypto services providers under the VFA.

According to the MFSA, the agents are now obliged to evaluate their customers’ business plans and ensure they are properly prepared before submitting an application to the MFSA. Moreover, the agents have to perform due diligence with their clients, checking whether they comply with Anti-Money Laundering (AML) and counter-terrorism financing guidelines.

The regulator itself calls the decision an “important milestone in the MFSA’s effort at becoming a regulator of excellence” for the crypto industry. The officials believe that the decision will promote market integrity and public interest in crypto.

However, as Cointelegraph previously reported, Maltese banks are still cautious in opening banking accounts for local crypto companies. When the Times of Malta contacted a number of legal firms and financial companies earlier in March, they reportedly confirmed that banks were declining their applications to open accounts, saying that it was beyond their “risk appetite.”

Later, the country’s Parliamentary Secretary for Financial Services, Silvio Schembri, told the newspaper that the banks were eventually waiting for the agents to obtain MFSA approval before offering them services.

As Maltese officials have publicly committed to creating a “blockchain island” in the country, a number of high-profile blockchain and crypto business have moved to Malta in search of a more crypto-friendly jurisdiction. Lately, several major cryptocurrency exchanges, including OKEx, Binance and BitBay, set up their operations in Malta.