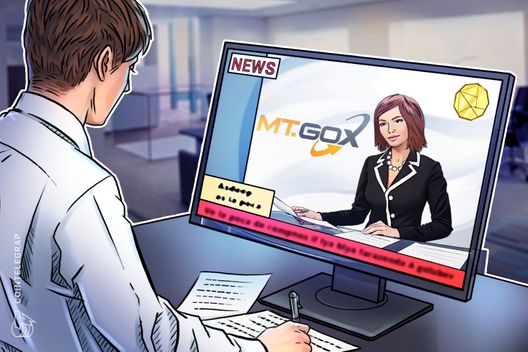 Nobuaki Kobayashi, trustee of the now-defunct Bitcoin (BTC) exchange Mt.Gox, is making efforts to extend the deadline for filing civil rehabilitation claims, according to an official announcement Nov. 22.

While the official deadline for the filings was given as October 22, for both individual and corporate users, today’s announcement indicates that:

The announcement further outlines detailed online and offline methods for submitting a claim ahead of the potentially extended deadline of December 26.

Tokyo attorney Nobuaki Kobayashi, who has been appointed to act as civil rehabilitation trustee to manage Mt. Gox’s bankruptcy estate funds, has recently issued a statement that indicated he had liquidated almost 26 billion yen (about $230 million) in Bitcoin (BTC) and Bitcoin Cash (BCH) over four months as of early March 2018.

Kobayashi earned the ambivalent moniker of Tokyo’s Bitcoin Whale amid allegations his crypto sell-offs had a conspicuously adverse effect on markets; he subsequently pledged to cease the liquidations when civil rehabilitation proceedings began in June of this year.