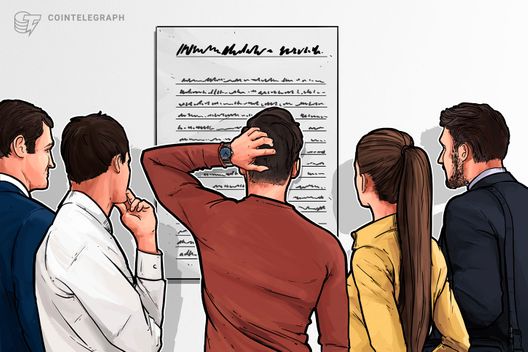 The NEM Foundation has released a plan for financial and organizational restructuring, following news that it was in dire financial straits.

The NEM Foundation has released its plan for a financial and organizational restructuring on March 8. The plan comes in the wake of news earlier this year that the foundation was running low on its native XEM tokens.

On Feb. 20, the foundation decided to release 210 million XEM tokens ($8.7 million) from reserves, the first 25 million ($1.04 million) of which will be used “to set up processes and structures for a new product-focused, revenue-driven approach for NEM Foundation.” The new tokens will purportedly fund the NEM Foundation’s efforts through Feb. 2020.

In additionally to releasing new financing, the foundation will also examine certain roles at the company. The NEM Foundation purportedly ran into financial difficulties due to redundant roles, inconsistent success metrics, little accountability for funds and a questionable return on investments.

Per Friday’s announcement, the NEM Foundation will set up a “transformation task force” to work on short term goals including the development of weekly and monthly reporting structures for employees and a scorecard for grading employee performance.

While the foundation appeared to be facing the possibility of massive layoffs in January, the announcement states that SDK developers have been hired to expand its current SDKs to include Python, PHP and Unity in addition to the current Javascript and Java.

The NEM Foundation was founded in 2017, two years after the release of the XEM token, and is based in Singapore. The organization’s purpose is to “introduce, educate and promote the use of the NEM blockchain technology platform on an international scale to all industries and institutions,” according to its website.

At press time, XEM is trading at $0.0417, down 1.43 percent on the day, according to data from CoinMarketCap. The token’s market capitalization is currently over $375 million.