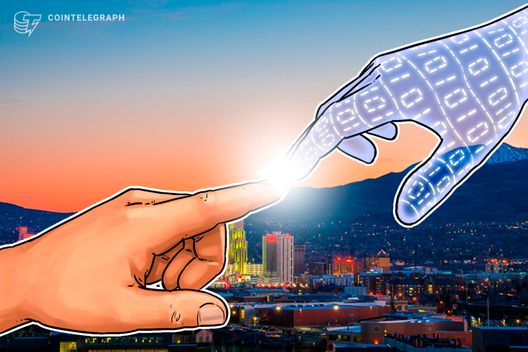 Blockchain is facing some obstacles to acceptance at local government level in Nevada despite proactive policy.

Blockchain technology has already found its way into local government services in the United States, but Nevada particularly is proactive, the AP reported on Jan. 7.

Citing specifically the use of blockchain to issue digital marriage certificates, the publication found that two counties in the Silver State had already integrated the technology or were running trials.

In total, 950 such digital certificates, which use smart contracts on the Ethereum blockchain for security, had been issued to couples residing both within and outside Nevada since April 2018.

However, according to local officials, willingness to automatically accept the new format is mixed.

“But some people say, ‘Nah, I don’t use email so I don’t want it,’” the AP quotes Hunter Halcomb, a Washoe County systems technician as saying.

The gradual introduction of blockchain into real world scenarios continues to see mixed success in the U.S.

As Halcomb noted, even the digital certificates see varied acceptance across government agencies, despite their legitimacy and even reportedly enhanced provenance over traditional paper versions.

In 2017, Nevada became the first state to exempt blockchain transactions from tax obligations.

Currently, various states across the country are either considering applications of blockchain or seeking to redesign laws to make its growth and that of cryptocurrency more appealing.

Lawmakers in nearby Colorado are reviewing plans to exempt digital tokens from various securities laws.