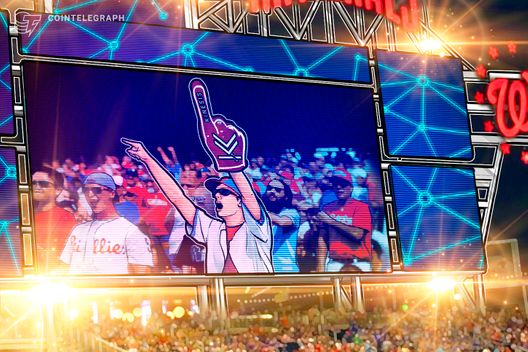 A monetary system that has created digital currencies backed by gold and silver has struck partnerships with exchanges and retailers who are interested in its product.

An “evolutionary” monetary system that uses physical gold and silver as the basis for digital currencies has unveiled a series of partnerships as it works to increase participation in its platform and gain support from governments.

Kinesis argues that backing cryptocurrencies with precious metals help to reduce the “severe price volatility” which have historically made them unsuitable for everyday use. Its coins can be loaded on to a debit card and quickly exchanged for fiat currency whenever a purchase needs to be made, and cash withdrawals are also going to be possible.

In a recent agreement, the Jakarta Futures Exchange (JFX) – a prominent futures and derivatives exchange group in Indonesia – expanded its memorandum of understanding with Kinesis and Allocated Bullion Exchange (ABX,) an established company on which much of the startup’s infrastructure is based.

The partnership is going to see the three parties work together to develop a blockchain exchange that is both based and regulated in Indonesia – giving investors alternatives while improving the “ease, speed and security of transactions.”

Following the announcement on Nov 13, Stephanus Paulus Lumintang, the president director of JFX, said: “It’s increasingly become clear to us that the benefits of distributed ledger technology, or ‘blockchain’, will unlock tremendous amounts of value for Indonesia and Indonesian people.

“Our future partnership with Kinesis and ABX will enable us to not only tap into these advantages but to create a secure and transparent blockchain network that provides a credible alternative to existing systems of exchange.”

Kinesis’ partnership with JFX follows a tie-up with TicketSocket, an event management platform which provides professional sports teams and large venues around the world with sophisticated booking software.

As part of this deal, consumers are now going to be able to purchase tickets to events hosted on TicketSocket using Kinesis’ two digital currencies.

When the agreement was unveiled at the beginning of November, Ryan Case, Kinesis Money’s chief commercial officer, said: “Individuals who seek the stability of a gold- or silver-based currency, not subject to the same risks of many fiat currencies, are set to increasingly be able to use these asset-based alternatives in the real world, such as by purchasing tickets to see their favorite performer or sports team.”

Development on the Kinesis platform continues. Recently, its team released a demo version of the minimum viable products for its currency exchange and eWallet. From here, users have been able to put the infrastructure to the test – opening a simulation minting account and seeing how transfers between eWallets work.

The Kinesis Blockchain Exchange is a fork of the Stellar network that can handle more than 3,000 transactions per second – and the company says its system has also been integrated with mobile banking products and fiat exchange services.

As reported by Cointelegraph back in the summer, passive and active users in the Kinesis ecosystem are going to be able to earn a yield in four ways – including if they convert fiat money into its digital currencies, make a deposit into their wallet for the first time, or successfully recruit a new member to the Kinesis platform.

At the time, the founder of Kinesis, Tom Coughlin, said the company’s motivation was to “connect and empower an international network of buyers and sellers by offering direct access to the wholesale bullion market” – and incentivize current investors in precious metals to use their assets.