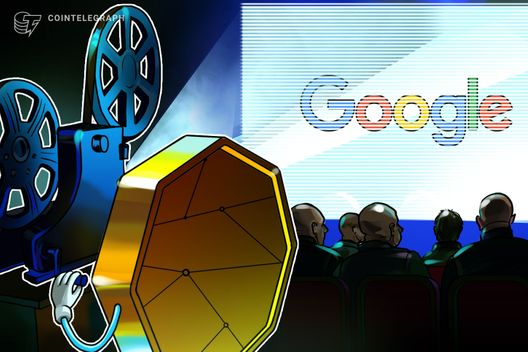 Google chose an unlikely platform in their new video ad for Google Assistant to address whether or not cryptocurrency is money.

Google entered the cryptocurrency-as-money debate on Tuesday, Oct. 9, arguing over its validity during an introductory video for a new feature from its Google Assistant tool.

While demonstrating how its Call Screen caller ID function works, two Google presenters enter into a brief discussion about cryptocurrency in a spoof argument.

The Call Screen shows the identity of an incoming call as being from the “electric company,” and the call’s purpose — Call Screen’s other feature — as one presenter’s “bill being super high.”

“Cryptocurrency mining takes a lot of energy,” the presenter argues, which elicits the response from the other:

“Cryptocurrency? That money’s not real.”

Why Google chose a cryptocurrency focus in the Call Screen introduction in particular remains unclear, yet neatly summarizes Google’s somewhat murky official stance on the industry.

As Cointelegraph reported, the company recently U-turned on their complete ban on advertising by cryptocurrency businesses it had initiated in June.

From this month on, the company confirmed, its policy would change to “allow regulated cryptocurrency exchanges to advertise in the United States and Japan.”

While sources did not go on record to explain the impetus behind the change of heart, the Call Screen skit provides a further hint that Google’s stance is far from one-sided.

“I’ve got news for you,” the presenter engaged in crypto mining continued, “money isn’t real,” to which the other replies:

“You gonna live that lie?”