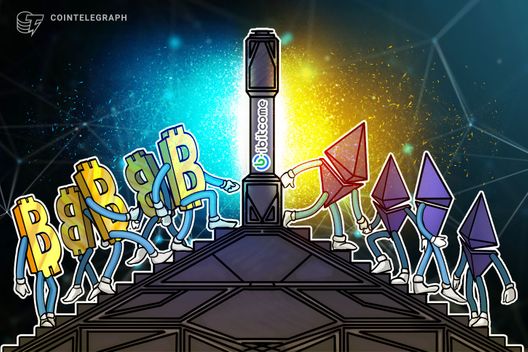 An open-source protocol is enabling users to transfer value from one blockchain to another, preventing isolation and removing barriers to trading.

A new protocol is allowing users to complete cross-chain transactions – meaning value can be transferred between different blockchains such as Bitcoin and Ethereum.

The open-source technology is known as the Open Federated Gateway Protocol, or OFGP for short. It has been developed by iBitcome and DEx.top, and the first federated blockchain to be built using this protocol is launching on Wednesday, Oct. 24. Known as Mallow, it is accompanied by a block explorer which enables users to examine the flow of assets and check up on transactions whenever they please.

According to iBitcome, trading between Bitcoin and Ethereum is going to be supported through the creation of a new token known as WBCH. The value of this cryptocurrency is pegged to the price of 1 Bitcoin Cash. It is hoped that support for other public blockchains is going to follow in the not-too-distant future.

Emphasizing its open source nature, iBitcome says anyone is free to build their own gateway using the OFGP. Over time, it is hoped that other federations like Mallow will start to be developed – creating healthy competition in the marketplace, giving crypto enthusiasts choice and minimizing the importance of centralization.

iBitcome has already launched a crypto wallet, which is available to download on iOS and Android, and the company says it is “committed to providing secure and convenient payment services.” The startup says its multi-crypto wallet supports the likes of Tether along with Bitcoin, Bitcoin Cash, and Ethereum – adding that users benefit from an “AES-128-CTR encryption algorithm” and a decentralized infrastructure where they do not have to store their private key.

The company hopes that Mallow’s launch is going to enable existing iBitcome users to complete transfers of assets more efficiently between main chains and side chains. OFGP utilizes the Byzantine Fault Tolerant Raft (or Braft for short) in order to achieve consistently fast transaction speeds. In time, it is hoped that asset collateral certification on the public blockchain will pave the way for supporting “more complex applications and faster payments.”

iBitcome says that tackling the issue of scalability and interaction between public chains is one of its main priorities, as well as striving to maintain decentralization for its user base.

According to iBitcome, its collaboration with the DEx.top, a decentralized exchange, provides “security and transparency” because transactions are settled on the blockchain. The partnership also paves the way for trading on the move and through smartphones, as the exchange can be accessed directly from the crypto wallet. The startup’s website adds that instant transactions are possible thanks to a mechanism known as ROC – which is short for Replayed On Chain.

Users can also access DApps through the iBitcome crypto wallet – and benefit from a digital ID system which enables them to prevent fraud and maintain “full control over their identity.”

As its gateway protocol is introduced to the public, iBitcome hopes to establish connections between public blockchains which may have suffered from isolation otherwise.