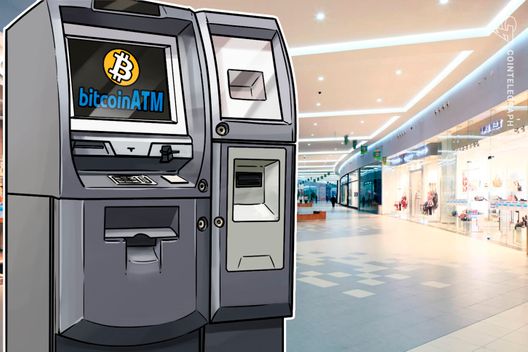 The New York State Department of Financial Services has granted a BitLicense to a Bitcoin ATM operator, Cottonwood Vending LLC.

The New York State Department of Financial Services (NYDFS) has granted a virtual currency license, or BitLicense, to Cottonwood Vending LLC, according to an official tweet on Jan. 31.

Cottonwood Vending is a Bitcoin (BTC) ATM operator with terminals in New York City and the surrounding area. According to the tweet, the granting of such licenses “continues to advance responsible innovation in New York’s fintech industry.”

Bitcoin ATMs, or BTMs, are touchscreen kiosks that enable users to deposit cash and either buy Bitcoin, or to scan their mobile wallet, sell their crypto, and withdraw cash. Sales and purchases sync automatically to users’ mobile wallets.

In November 2018, NYDFS granted a Bitlicense to another BTM operator, Coinsource. NYDFS said in a press release that its decision followed a comprehensive and thorough review of Coinsource’s application and subjects the firm to significant regulatory conditions.

BitLicenses were introduced by NYDFS in July of 2014 by Benjamin Lawsky, New York's first Superintendent of Financial Services. The acquisition of such a license is seen by many in the cryptocurrency and blockchain spheres as a necessary step to conducting business in the state.

Firms that receive such a license are subject to certain anti-money laundering (AML) standards and counter-terrorism financing standards. Other requirements include background checks on all employees, and records of transactions must be kept for 10 years.

Various companies in the crypto space have sought and received BitLicenses from NYDFS. In July 2018, global crypto payments processor BitPay was granted a BitLicense. At the time, BitPay CEO Stephen Pair said:

“New York state has one of the strictest policies around businesses involved in cryptocurrency and working through the approval processes to obtain a License was important to BitPay. We believe this hard work will pay off as New York presents significant business opportunities for BitPay.”