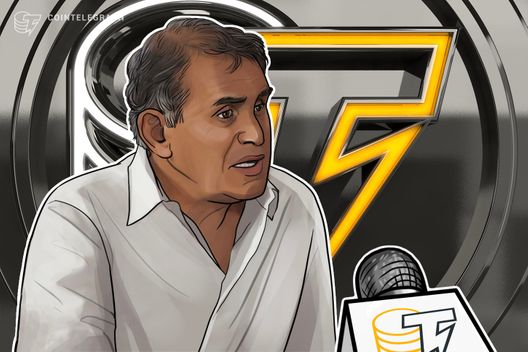 An interview with Mr. Roubini about “buggy” smart contracts, Ethereum being a scam, why he might want to give the industry another try

The interview has been edited and condensed.

Nouriel Roubini is a New York-based economist that famously predicted the 2008 financial crisis when only a few considered there might be a threat to the existing course of events at the time.

A Harvard alumnus and now a professor at NYU Stern School of Business, Mr. Roubini has always been critical of the crypto and blockchain industry. Oct.11, 2018 he testified at the Congressional hearing on Capitol Hill, Washington D.C., warning U.S. senators about “the mother or father of all scams and bubbles," — crypto.

We met with Mr. Roubini during BlockShow Americas in Las Vegas and talked about why he doesn’t believe in smart contracts, thinks Ethereum is a scam, and the fact that he might want to give the industry another try.

On being “against” the crypto industry

“I'm not against [it], I'm open to any type of innovation, but I'm an expert on financial crises and asset bubbles. And I became famous [by] predicting the global financial crisis — the burst of that bubble.

I can see a bubble when there is one — and to me, this entire space has been the mother and the father of all financial bubbles and now it’s [going to] burst

Last year, almost everybody I knew was asking me every other day, “Should I buy Bitcoin?”
And the price of Bitcoin doubled, tripled, quadrupled, and went to $20,000. And when that bubble burst, it collapsed — collapsed from $20,000 down to $6,000 today (at the time of the interview).

If you bought it at the peak, you lost 70 percent of your value. And it's typical of all these financial bubbles: They go up until they collapse. And Bitcoin is actually the best [example], because the average cryptocurrency has lost, in the last nine months, more than 90 percent of their value.

I spoke about the bubble existing and this bubble going bust. And guess what? In the last year, [it] has gone bust. So I think I've been vindicated and proven right.

Bitcoin could go to the moon or zero, I'm not going to make a penny either way because I'm neither short or long.

And I'm just an academic that speaks his mind. And I saw a big bubble, and I think that it's fair as an intellectual to discuss these things and then figure out what's going wrong.”

To watch the interview go here:

On future price movement and Ethereum being a “scam”

“An academic study suggests that 81 percent of all ICOs were a scam to begin with; 11 percent of them have failed or have died; and of the remaining eight percent that is traded on exchanges, the top 10 have lost on average, in the last year, 95 percent of their value — more than Bitcoin.

So, there was a bubble — and everybody was riding the bubble, everybody was issuing an ICO, raising money — but now it's gone bust.

I think that they've lost already 95 percent of their value and they could lose another 95 percent.

I would say 99 percent of cryptocurrencies are worth zero. Just because some people believe in something alternative to fiat currencies — alternative to gold — then, like collectibles, some people are going to hold some Bitcoin. Bitcoin is not going to disappear. But, you know, Ethereum is a bubble and it’s a bit of a scam — it's worth nothing — XRP, all the other ones, they’re all going bust.”

Catherine Ross: Why do you think Ethereum is a scam?

It’s a scam because the technology. They talk about smart contracts — there's nothing about them that is smart, they’re all buggy. They’re not real contracts because you have to enforce certain contracts, you cannot have just the code.

They've tried things that have failed: Their DAO was a failure.

You know, there's a lot of people [who] talk about their DApps or their distributed apps. 75 percent of those apps are what? CryptoKitties, Ponzi schemes and other pyramid schemes, and other casino games, like Las Vegas. So, after a decade, what does Ethereum have to show us? CryptoKitties and Ponzi schemes? And that's what they're doing? They're not doing anything that is of any use to anybody.

CR: But if a smart contract is a technology, — and you said “it's buggy” — technology can be buggy and it can be fixed. Don't you think we need more time to see the technology rise and smart contracts working better?

NR: I don't believe, first of all, in smart contracts. By definition, any contract has to be enforced by lawyers — [there is nothing that is enforced] by itself. So, the idea that you put everything in a code in a contract is silly to begin with. And, you know, a typical other program has less than one percent of bugs in its code, and a typical smart contract has 10 percent of its code is buggy [sic].

I mean, this is the reality where we are in now.

And by the way, the broader question about cryptocurrency is that they are not scalable, and there's no system that makes them scalable; they're not decentralized because the entire system is [becoming] centralized; and they are not secure because there are so many ways to hack them.

They've [the blockchain community] been saying for a decade, “We are going to resolve it with proof-of-stake rather than proof-of-work.” It has not worked yet. And even if there was something scalable, it’s going to be centralized and therefore is not secure. So, there's a fundamental flaw in the technology.

At least financial systems that we know are centralized, yes, but they're secure and they're scalable.

They've been talking about fixing it, but Vitalik Buterin, who is the creator of Ethereum, said you cannot have a blockchain system that has three characteristic of the same time: being scalable, decentralized, and secure.

CR: Even after the 2008 global financial crisis, you still believe in the traditional financial banking banking system?

Traditional financial systems are centralized — and there's nothing wrong with institutional centralizing in my view. They [the blockchain community] criticize it, saying “We want it decentralized.”

But I prefer a centralized system with a trusted authority — but at least they're secure and scalable.

The reality is just the opposite: It's a totally centralized system.

[At the same time] there are many problems with the traditional financial systems. And I’ve been one of the biggest critics of the financial system. And I believe that there are ways to [democratize] finance and [to] make it more efficient, but this is not based on blockchain.

There is a revolution in financial services: It's called fintech and it has zero to do with cryptocurrency and blockchain. 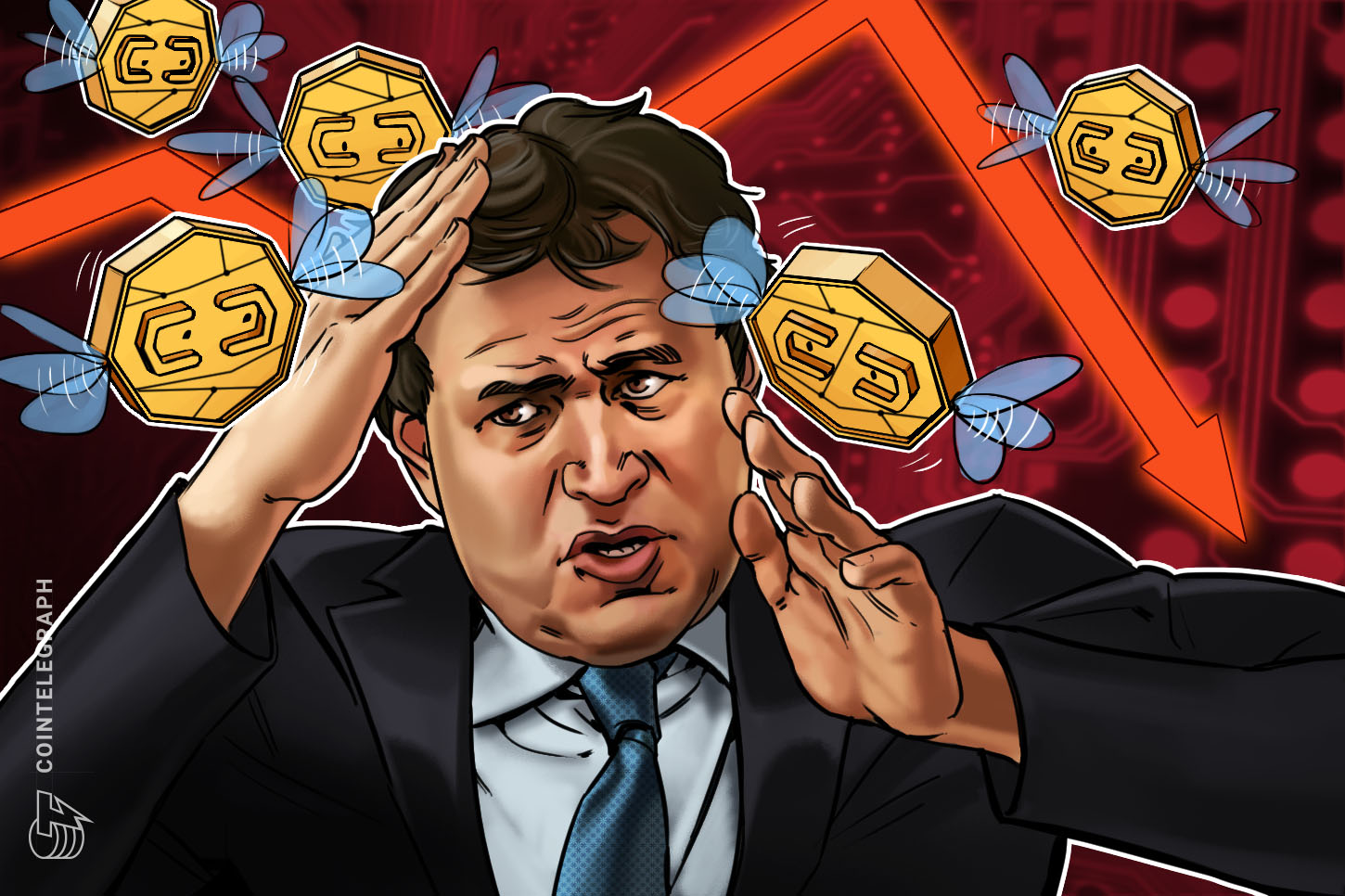 Take, for example, payment systems: There [are] already plenty of digital payment systems — that do billions of transactions a day, and are used by billions of people around the world — that are not based on blockchain. In China, you have AliPay and WeChat Pay; in India, you have all these UPI systems; in Africa, you have M-Pesa; in the United States, you have Venmo, PayPal, Square — and so on, and so on. These are useful transactions.

There is already a revolution: there’s going to be much more competition, there’ll be much more access. If you are a poor farmer in Kenya today, you are using M-Pesa. On your little smartphone, you can make transactions, you can borrow and lend, you can buy and sell your goods and services, you have a whole slew of financial services without the brick-and-mortar bank. And all these things are available to billions of poor people in Africa. What [do] they have to do with blockchain or crypto? Nothing, zero. So, there is a revolution and it has nothing to do with blockchain.

NR: Of course, it completely failed: After 10 years, there is no killer app; the crypto assets are going bust; they’ve lost 99 percent of their value; all these experiments have led not a single corporation or single financial institution using this technology; and there is no reason why they want to use this technology. And why would you want [to]?

I'd rather have those institutions verify my transaction rather than somebody in China who can manipulate everything I am doing. Why should I trust somebody while I don't even know what the name is, who they are, what they do.

CR: So, you would rather trust a bank? How can you be sure that your money is safe?

NR: We have security laws. If a bank manipulates, there’ve been hundreds of billions of dollars in fines on the banks and their misbehavior — people ended up in jail. There are lots of problems with the traditional financial system: Blockchain and cryptocurrency do not resolve this problem. Fintech resolves it, but fintech has nothing to do with blockchain or cryptocurrencies.

I don't believe in blockchain.

CR: I see your point of view, but just to be clear, the banking system has been around for centuries, right? So, maybe you should give the crypto industry and blockchain industries a try?

NR: No. I'm not giving it a try. I'm gonna give a try to financial innovation that changes the financial system.

All those things [mentioned above] — they are revolutionizing finance, they are leading to competition, they are forcing the banking system to innovate or not survive, and they are changing the world. But they have nothing to do with blockchain. Why should I give the benefit of the doubt to something that has not provided any application which is used by anybody. I don't believe in it and the proof is in the pudding.

CR: My last question is, have you ever tried trading cryptocurrency?

NR: I haven’t tried it. Some people say, “Oh, you are critical of crypto because you are shorting Bitcoin or cryptocurrencies.” I have zero position — I have no long position, no short position.

I may be right or may be wrong, but crypto could go to the moon to go to zero; I'm not going to make a penny out of it. I'm an intellectual. I'm an academic. I have no conflicts of interest.

I'm an intellectual and I'm not going to make money — one way or another — out of it.