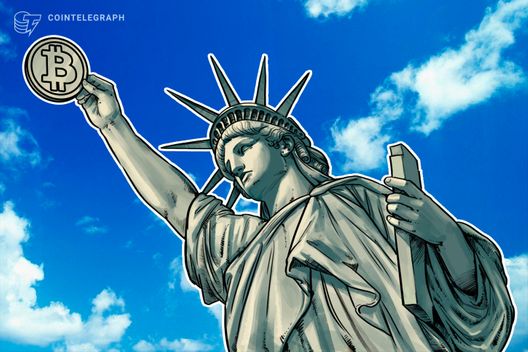 Shortly after the announcement that its first crypto product will be physical Bitcoin futures, NYSE parent company ICE has revealed the launch date.

The parent company of the New York Stock Exchange (NYSE), Intercontinental Exchange (ICE), has announced the launch date for Bitcoin (BTC) futures on its platform Bakkt, according to a document released Oct. 22.

Bakkt is a platform for trading, storing, and spending digital assets that was established earlier this year by global exchange operator ICE.

Per the document, ICE will list Bakkt Bitcoin (USD) Daily Futures Contracts for trading on Dec. 12, 2018. The product will be physically-settled and cleared by ICE Clear U.S., Inc. The notice further explains:

“Each futures contract calls for delivery of one bitcoin held in the Bakkt Digital Asset Warehouse, and will trade in U.S. dollar terms. One daily contract will be listed for trading each Exchange Business Day.”

The announcement is backed by a previous statement in September that the company’s “first contracts will be physically delivered BTC futures contracts versus fiat currencies” against U.S. dollars, pounds sterling, and euro.

As previously reported, Bakkt will not support margin trading for its BTC contract. By refraining from allowing for margin, leverage and cash settlement, the platform will reportedly better support market integrity and enable the “trusted price formation” that it says is the key to “advancing the promise of digital currencies.”

In December of last year, the Chicago Mercantile Exchange (CME) and the Chicago Board Operations Exchange (CBOE) launched Bitcoin futures. This summer, the Federal Reserve Bank of San Francisco wrote an Economic Letter stating that “the rapid run-up and subsequent fall in the price after the introduction of futures does not appear to be a coincidence” and “it is consistent with trading behavior that typically accompanies the introduction of futures markets for an asset."