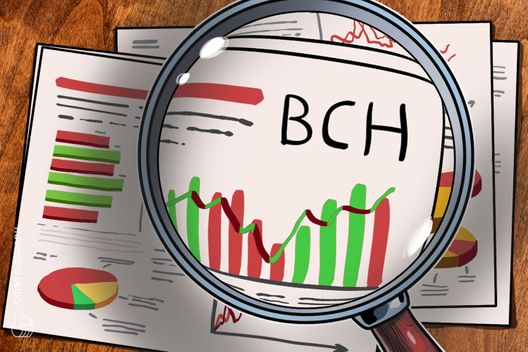 As per the announcement, all Bitcoin Cash futures contracts have been set to stop trading at 9:05AM CET and delivered subsequently at 10:00AM CET due to the upcoming hard fork of Bitcoin Cash, Bitcoin ABC, scheduled for tomorrow, Nov. 15.

According to Twitter, OKEx has released a notice on early delivery of Bitcoin Cash futures eight hours ago to press time, which means that the announcement has been made almost at the same time of the trading stop. 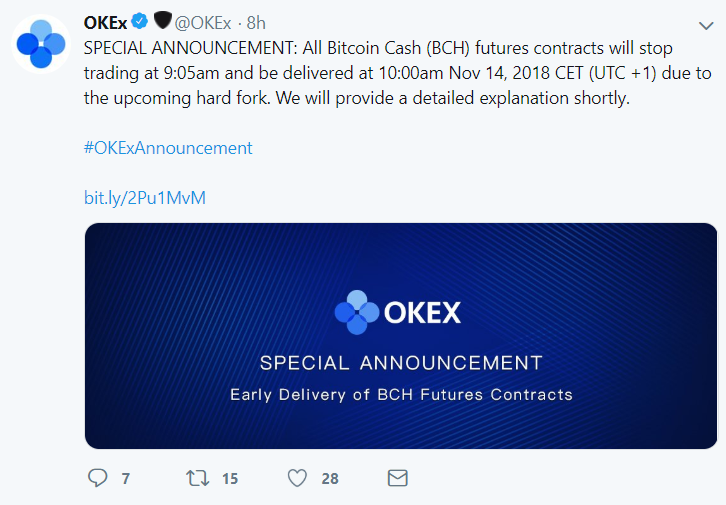 OKEx has reportedly decided not to announce the early delivery ahead of time in order to prevent potential market manipulation, which could cause losses to their clients, the company said in a press release shared with Cointelegraph.

The exchange has also decided to deliver Bitcoin Cash futures one hour after trading stop time in order to prevent the crypto markets immense but expectedly “short-time” volatility, according to the press release shared with Cointelegraph. The exchange also intended to avoid associated potential losses to their customers and a possible crush of the BCH spot market:

“If the contracts had been delivered immediately after the trading stopped, the quantitative trading programs used by our high-frequency quantitative traders would have detected zero position of BCH futures contract and automatically sold BCH in the spot market.”

In the press release, OKEx has noted that the “imminent” Bitcoin Cash fork poses “significant uncertainty of the digital asset's development,” and is able to cause market manipulation with immediate impact. OKEx also stated that the Bitcoin Cash hard fork is an “extremely special case,” and its outcomes are still “unpredictable,” claiming that the exchange’s team “may lack time to respond to the market.”

According to the press release, all futures contracts are set to be delivered based on last traded prices, with all bankruptcy positions to be covered from the insurance fund or to be processed according to the company’s standard approach.

Meanwhile, there is another “liberal” version of Bitcoin Cash’s fork, dubbed Bitcoin SV, which is derived from “Satoshi Nakamoto’s version,” and is backed by self-proclaimed creator of Bitcoin Craig Wright, who has subsequently failed to prove his claims.

While Poloniex also announced support for Bitcoin SV, head of research at Hong Kong-based BitMex Jonathan Bier recently told Bloomberg that the Bitcoin Cash network will eventually “split in two,” but the “economy will support ABD and reject SV,” noting:

“If major exchanges don’t list Wright’s token, that could pressure its price.”