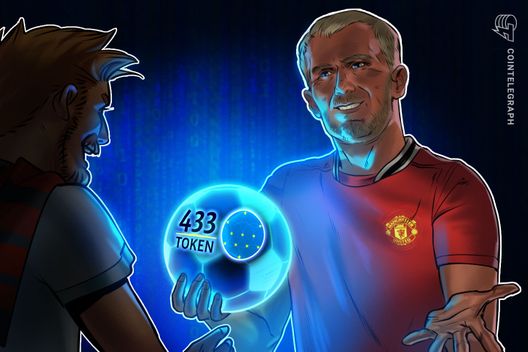 Soccer Legends Limited, a Hong Kong-based startup, is aiming to integrate blockchain technology into soccer, the most popular sport in the world. The project is designed to “bridge the gap between soccer superstars, youth talents and fans.” Soccer fans can use the 433 Token to support a future superstar, interact with the most famous players and to influence important soccer-related decisions.

According to the company, Paul Scholes (Manchester United legend 11-times English Premier League champion) and Andriy Shevchenko (AC Milan legend, UEFA Champions League Top Scorer, Ballon d'Or winner and Ukraine’s head coach) have officially joined the project. They not only support the project but will “personally participate in the ecosystem as mentor and event hosts.”

Soccer Legends Limited says it has also an official partner in Global Legends Series (GLS), a league of retired soccer legends. The plan is to sign sign eight more famous players once fundraising is completed.

Having over 4 billion fans, soccer is estimated to be the most popular sport in the world. There are around 300 thousand soccer clubs and 240 million active players across the globe. Soccer Legends Limited believes that blockchain technology can be the instrument for fans to become much more involved in their favorite sport and with their beloved stars and clubs. The company created its own ecosystem based on the new 433 Token, which is an ERC-20 compliant token built on the Ethereum blockchain.

Soccer Legends Limited offers a system led by the “Fellowship of Legends”, a selected group of legendary soccer players. They have a “Principal” status and can pick young talented players – aged 16 to 18 – from different soccer academies and mentor them. This means the “Principals” meet their students at least four times a year personally, teach them techniques, ethics, leadership and also provide financial support if there is a need in physical training, nutrition, sports science. The soccer legends will also check the progress and introduce young players to the scouts, clubs, agents, and endorsements.

Before the Principals start mentoring, they will offer 433 Token holders the opportunity of sponsoring the mentorship of the next superstars, via smart contract. Sponsors get to follow the mentorship closely and access the youth talents’ detailed training data.

Another utility option that Soccer Legends Limited offers fans is bidding. The company is going to organize special events with personal participation of soccer legends, such as charity dinners, a personal guided Giuseppe Meazza Stadium museum tour or even a Legend-vs-Fans penalty shootout at Old Trafford. The events will be auctioned and fans all over the world can bid with 433 tokens. According to the company, the highest bidder will attend the event, the ones who are not that lucky will get their tokens back.

Finally, 433 Tokens can be used for voting. Fans will be able to choose the venue, rosters or game format of upcoming Global Legends Series (GLS) games. For example, they can decide in which city GLS should arrange a Legends game in June 2019: in Rome, Shanghai, Tokyo, or Miami.