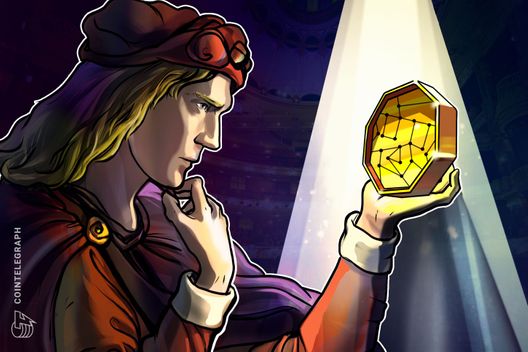 PayPal co-founder Luke Nosek admits the company would have created something like cryptocurrencies if the market had permitted.

PayPal’s co-founder Luke Nosek has said that his firm initially wanted to create a digital currency that would be independent from banks and governments, similar to crypto. The video of his comments was uploaded to crypto streaming service Bloxlive.Tv on Thursday, Jan. 31.

At a panel at the World Economic Forum in Davos, Switzerland last week, Nosek was asked whether PayPal or WeChat Pay, an in-app payment system used by the major Chinese messenger, have already solved various problems related to online transactions, or whether cryptocurrencies can also solve those problems.

“Many people don’t know this, but the initial mission of PayPal was to create a global currency that was independent of interference by these, you know, corrupt cartels of banks and governments that were debasing their currencies.”

The company succeeded building something economically very powerful, he continued. However, PayPal never achieved its initial goal and became too centralized, too attached to the biggest financial institutions, such as Visa, Mastercard and SWIFT, Nosek underlined.

PayPal is obliged to do whatever it needs to do to keep those institutions happy, Nosek said. “We’ve learnt to play,” he added.

Nosek, who is also a board member at SpaceX and a friend of another PayPal co-founder, Elon Musk, regrets that he and Musk did not have enough time to develop something that would be closer to the concept of a decentralized cryptocurrency. Their failure to do so was because they were pressured by investors to roll out the product as soon as possible, Nosek said.

Finally, Nosek noted that he is grateful to Bitcoin and Ethereum developers for creating their own ecosystems and not pushing their adoption prematurely, adding that he hopes they will never have the same pressure from investors as PayPal did.

PayPal, a payment system whose active number of users has surpassed 254 million in Q3 2018, has recently launched a blockchain-based reward system for its employees. PayPal employees are granted tokens for participating in innovation-related programs and contributing ideas, and can exchange them for over 100 “experiences” within the company.