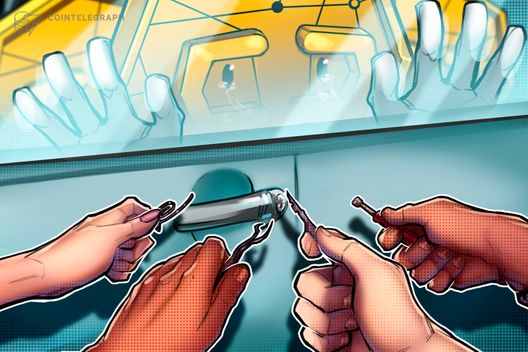 Canadian cryptocurrency exchange QuadrigaCX is in hot water: Following the sudden death of its 30-year-old founder, Gerald Cotten, the exchange has allegedly lost access to its cold wallets, where most of the funds were stored.

Now, the exchange has taken to court to avoid the collapse, but some community members suggest that QuadrigaCX’s cold wallets never existed.

QuadrigaCX was launched in December 2013 and operated from Vancouver, British Columbia. The digital assets exchange was founded by Gerald Cotten and Michael Patryn. Prior to that, Cotten was a director at the Vancouver Bitcoin Co-op, a voluntary association of local cryptocurrency enthusiasts, of which Patryn was also an active member.

According to Cotten, QuadrigaCX was established against the backdrop of scarce crypto services in Canada. In February 2015, he said on a Decentral Talk Live podcast:

“It was just so hard to buy Bitcoin in Canada. You couldn’t hook up your bank account anywhere. It was just such a challenge.”

In 2015, QuadrigaCX became the country’s largest crypto exchange, with around $37.4 million traded on their platform — according to the company, it had acquired around 60 percent of the market share by November that year.

QuadrigaCX is also reportedly the first crypto platform in Canada to be granted a money services business (MSB) license from the Financial Transactions and Reports Analysis Centre (FinTRAC), the domestic financial regulator responsible for Anti-Money Laundering (AML) measures. As Cotten told Straight in a February 2014 interview, his exchange was focused on compliance:

“We’re quite proactive when it comes to regulations. We don’t want to break the law. We want to fully comply, and we actually more than comply with what the current laws are.”

In March 2015, Quadriga Fintech — the exchange’s parent company — announced its plans to go public and be listed on the Canadian Securities Exchange (CSE) via a reverse initial public offering (IPO). The firm reportedly planned to acquire a shell company called Whiteside Capital Corporation for that purpose.

Despite going through the easier route of a reverse IPO — which includes less paperwork — Quadriga Fintech still had to be audited. Cotten claimed at the time that he was “excited to be able to provide an unparalleled level of transparency by merging legacy financial audits with innovative blockchain technology.”

There has been no update on the IPO plans from Quadriga since then, and the firm was never listed on the CSE. In May 2015, however, Patryn revealed that his company was selling over-the-counter (OTC) shares for Bitcoin (BTC).

In March 2016, the British Columbia Securities Commision (BCSC) barred QuadrigaCX from selling securities after slapping it with a cease trade order (CTO) for not submitting annual audited financial statements for the fiscal year that ended Oct. 31, 2015.

About a week before getting hit with the CTO, Quadriga’s directors Anthony Milewski and Lovie Horner resigned. Then, soon after the order was issued, Bill Filtness, the director, and Natasha Tsai, the chief financial officer, also quit the company, leaving Patryn and Cotten as the only executives in Quadriga.

However, In March 2018, Quadriga’s official Reddit account commented that Patryn was “an early [sic] who left the company more than two years ago.” Although that checks out with his LinkedIn account showing that he left the firm in February 2016, Patryn’s resignation from Quadriga was never announced. Reddit users have several times linked Patryn to a convicted money launderer named Omar Dhanani. Quadriga has denied this accusation, calling it “nonsense”.

Cotten highlighted security as one of the main priorities of his business. According to a CNBC article published in May 2014, QuadrigaCX held the majority of its assets in cold wallets — which are secured by digital security keys in order to protect them from hacking and theft — had advanced encryption, custom operating systems and software, and a partnership with CloudFlare, a large company in the United States that provides DDoS protection.

Nonetheless, Quadriga CX had experienced at least one major security breach in the past. In June 2017, the exchange announced that it had lost 67,317.25 ETH (around $14 million, at the time) due to a “technical glitch.”

Legal fight with the CIBC and Cotten’s sudden death

In 2018, the exchange entered a prolonged legal fight with the Canadian Imperial Bank of Commerce (CIBC). The bank reportedly froze five accounts belonging to Quadriga’s payment processor, Costodian Inc., and its owner, Jose Reyes. Combined, they contained around $19.6 million, according to reports. The CIBC suspended the accounts after failing to identify the owner of those funds.

The CIBC requested the Ontario Superior Court to withhold the funds and determine whether they belong to Costodian, the exchange or the users who deposited the funds. Further, in November 2018, the court ruled in favor of the bank, agreeing that the owner of the funds was not clearly established. As a result, the CIBC was obliged to pass the funds over to the Accountant of the Superior Court in order to identify the owner of the money. Meanwhile, Quadriga users continued to actively report withdrawal issues, while massive complaints started to arise earlier in 2018.

On Jan. 14, 2019, Cotten’s wife, Jennifer Robertson, announced that her husband, CEO at Quadriga, has suddenly died. According to Robertson’s statement, Cotten, who was 30 at the time, perished “due to complications with Crohn's disease” on Dec. 9, 2018 while travelling in India. Being Cotten’s estate executor, she also recommended to appoint Aaron Matthews, head of operations at Quadriga, as interim president and CEO.

The platform continued to accept funds for weeks after Cotten’s death. According to The Globe and Mail, on Jan. 25, Robertson, who says she was not involved in the business while her husband was alive, filed an application to hold an emergency meeting to appoint board directors at the exchange. On Jan. 28, the board allegedly decided to shut down QuadrigaCX’s website. The official announcement claimed that the platform went offline due to maintenance issues.

Several days later, on Jan. 31, QuadrigaCX filed for creditor protection in compliance with the Companies' Creditors Arrangement Act (CCAA) at the Supreme Court of Nova Scotia. The CCAA is a federal act that allows financially challenged companies to avoid bankruptcy by restructuring their business and getting protection from its creditors. A company must owe to creditors in excess of $5 million to be eligible to apply for the CCAA.

According to the affidavit filed by Robertson, Cotten was solely responsible for the wallets and corresponding keys to 190 million Canadian dollars ($145 million) in digital assets. Accordingly, after he died, those funds went missing, and the exchange has been unable to retrieve those keys.

Will the money ever be reclaimed? Some claim that there was no money in the first place

According to the affidavit, Cotten normally ran the business from his personal laptop. While Robertson still has physical access to the device, she claims that she is unable to open it. She wrote in the document:

“The laptop computer from which Gerry carried out the companies’ business is encrypted and I do not know the password or recovery key. Despite repeated and diligent searches, I have not been able to find them written down anywhere.”

Robertson also says that she hired someone to try to access the funds, but that the expert has so far not been able to do so.

Meanwhile, Robertson faces a backlash from the QuadrigaCX users on social media, who mostly took to Twitter and Reddit to question whether Cotten is actually dead. As per The Globe and Mail, the CCAA filings include a statement of death issued by J.A. Snow Funeral House in Halifax.

Moreover, Robertson’s affidavit states that there have also been threats made against her: “Slanderous comments have been made against me and sent through Facebook messenger to my entire contact list.” Robertson is reportedly funding the creditor protection motion herself, and a preliminary hearing has been set for Feb. 5.

Quadriga aims to appoint Big Four audit company Ernst & Young as an independent third party to monitor their CCAA hearings, and the court is expected to release its decision on Feb. 5 as well. So far, Ernst & Young has reportedly concluded that “Quadriga was unable to access the cold wallets and/or discovered that the cold wallets contained minimal cryptocurrency units.”

Taylor Monahan, former developer of Ethereum (ETH) wallet interface MyEtherWallet (MEW) who now runs the MyCrypto project, told Cointelegraph that she finds the situation where excessive amounts of digital assets are locked out because they were controlled by one person “beyond absurd”:

“The fact that a person controlling millions of customer assets didn’t have any sort of backup in place, gave no one else access, and didn’t leave any information regarding these accounts with anyone is beyond absurd. If this is indeed the truth, any number of outside factors could have resulted in the loss of access to those customer funds, like fire, flood, misplacing the single piece of paper, etc.”

Ideally, Monahan adds, the cold storage wallet should be a multi-signature one, where the keys that control the individual accounts are kept secure and in multiple physically separate locations:

“Just like a company has a bank account with multiple signers, the cold storage would be controlled in that fashion and perhaps by the same people. Depending on the size of the operation, it would likely be the CEO, possibly the CTO, perhaps a board member or CFO type person, or another trusted party. Even if a company were to choose not to utilize multi-signature wallets for whatever reason, there should always be multiple backups in physically distinct locations.”

Monahan has also been analyzing ETH wallet addresses attributed to QuadrigaCX. Based on preliminary results of her study, she suggests that QuadrigaCX might not have any ETH cold wallets at all:

“Based on what I’ve seen with their other main Ethereum wallets, I haven’t found any signs of a cold wallet. We can see large amounts of ETH move between their known ‘hot’ wallets. We see large amounts of ETH being moved temporarily to a variety of addresses before quickly being sent onto an exchange. But we don’t see any significant amount of funds being moved to something that resembles ‘cold’ storage.”

Other research, published on cryptocurrency portal Zerononcense Blog, also suggests that QuadrigaCX never had cold storage, per se. The report’s authors claim that they used “only 100% verified transactions with the exchange,” but admit that the findings may not be wholly accurate. The first of six summary findings in the report states:

“It appears that there are no identifiable cold wallet reserves for QuadrigaCX.”

According to the research, the exchange likely only had cryptocurrency reserves of under $100 million. The report also contains alleged evidence that shows a party had access to the company’s wallets after Cotten died, reportedly making several outgoing transactions since Dec. 9.

“It does not appear that QuadrigaCX has lost access to their Bitcoin holdings.”

Further suspicions center around QuadrigaCX using customer deposits to pay customer obligations. Thus, the research notes that a comparison of QuadrigaCX’s withdrawal practices to those of other established crypto exchanges — such as Coinbase, Bittrex and Binance — shows that the “movement of bitcoins to satisfy customer demand is highly unorthodox and extremely inefficient for any legitimate exchange.”

The article will be updated with the results of a preliminary hearing regarding Quadriga’s CCAA, being held on Feb. 5, which are expected to be published soon. First reports from the court indicate that QuadrigaCX might be sold to refund the customers — learn more here. The police have not issued any comment regarding the incident so far.