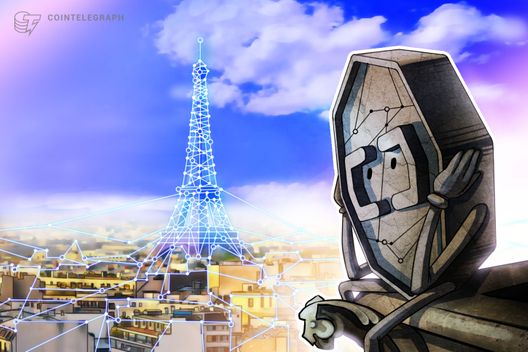 French stock market regulator AMF says France accounts for a minor part of the global ICO market, while the U.S. leads the industry.

According to the recent study, the global ICO market has accounted for 19.4 billion euros ($21.8 billion) since 2014. Having experienced rapid growth since 2016, most of the market share has mainly been concentrated in 2017 and during the first three quarters of 2018, with 13.4 billion euros ($15 billion) raised within this latter period.

As the AMF reported, France has accounted for a small share of the market, with 89 million euros ($100 million) raised in 15 ICO projects, while most of ICOs were carried out in the U.S. According to the study, French ICOs amounted to 1.6 percent of global equity financing in 2017.

Concerning the internal market, the AMF emphasized a crucial role in this new type of fundraising as used by small companies in order to preserve the integrity of their capital. The AMF revealed that local ICO projects are planning to incorporate into other industries and expect to raise up to 180 million euro ($202.6 million).

The financial regulator also stated that the industry needs appropriate regulation with respect to investor protection, stressing the need to adopt effective anti-money laundering (AML) requirements, as well as to provide a due level of transparency.

In this regard, the AMF mentioned the recent initiative by the French Ministry for the Economy and Finance that approved the Action Plan for Business Growth and Transformation bill (PACTE) dedicated to ICOs in September this year, which is now being examined in Parliament. However, the AMF still stated that the industry needs international cooperation in order to regulate the market, given the cross-border character of the industry.

This recent report was released one year after the launch of the UNICORN program, which represents a supportive basis and an attempt to build a regulatory approach to “all new fundraising activity based on cryptocurrencies and Blockchain technology.”

Last week, the Finance Committee of the lower house of French parliament proposed tax amendments that would equate taxes on crypto sales to those on income taxes, reducing them from the current 36.2 percent to 30 percent starting from Jan. 1, 2019.

Earlier in September, the AMF blacklisted 21 investment websites, including crypto-related websites that offered “atypical investments.” Previously, the stock regulator had added 15 other websites to the blacklist in March this year, warning investors about risks associated with online schemes that promise high returns.