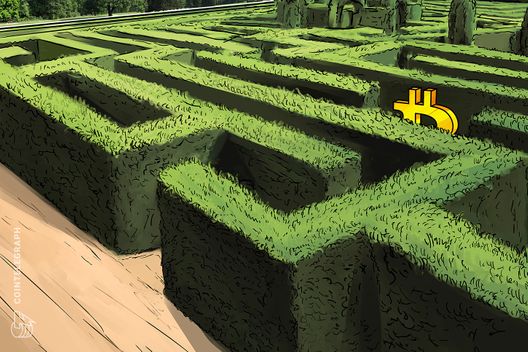 According to a report, QuadrigaCX has “inadvertently transferred 103 bitcoins valued at approximately $468,675” to cold wallets the exchange cannot currently access.

Major Canadian crypto exchange QuadrigaCX accidentally transferred nearly $500,000 in Bitcoin (BTC) to its cold wallets earlier this month, according to a report published by Ernst & Young on Feb. 12.

The founder of QuadrigaCX, 30-year-old Gerald Cotten, died in December 2018. The exchange has been unable to access its cold wallets since, as Cotten was solely responsible for the wallets and corresponding keys.

The vast majority of Quadriga’s assets were reportedly lost in the missing cold wallets. In the beginning of February, it was reported that Quadriga is missing CA$190 million dollars ($145 million) in digital assets.

The exchange previously appointed ‘Big Four’ audit company Ernst & Young as an independent third party to monitor the proceedings in a creditor protection case. The recently released report dubbed “First Report of the Monitor” aims to provide the court with an update in respect of the proceedings, stating:

“On February 6, 2019, Quadriga inadvertently transferred 103 bitcoins valued at approximately $468,675 to Quadriga cold wallets which the Company is currently unable to access. The Monitor is working with Management to retrieve this cryptocurrency from the various cold wallets, if possible.”

In the course of the audit, Ernst & Young secured a number of Quadriga electronic devices — reportedly owned or used by Cotten — including four laptops, four cell phones, and three fully encrypted USB keys. According to the document, the devices are currently in a safety deposit box rented by Ernst & Young.

Cointelegraph recently reported that the Ontario Securities Commission (OSC) was “looking into Quadriga. OSC spokeswoman Kristen Rose stated, “given the potential harm to Ontario investors, we are looking into this matter and have already been in contact with the monitor.” Rose reportedly declined to specify whether this means the Commission was formally investigating the exchange.

Comments from the OSC followed the British Columbia Securities Commission’s claim that it does not regulate QuadrigaCX, since the company had reportedly shown no signs of trading of securities or derivatives, or operating as an exchange in general.