↓
Home Menu ↓
Home→News→Revealed: How Many Coins Are in the Best-Performing Crypto Portfolios 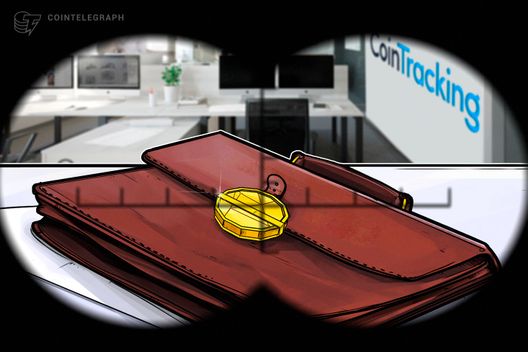 According to a software company that helps crypto investors track their trades, the best-performing portfolios hold between seven and 12 coins.

A platform designed to help investors keep track of their cryptocurrency trades and the performance of portfolios has revealed some of the biggest trends they have learned during their five years in operation.

To commemorate its anniversary, CoinTracking revealed how it has noticed that the trade behavior of its users intensifies when the price of a coin rises – with their analysis indicating that the best-performing portfolios hold between seven and twelve coins at any given time.

Since it was founded in 2013, the company says it has been struck by how many exchanges make it difficult for investors to analyze their trades, in part because these platforms fail to offer insights on realized or unrealized gains.

The platform also believes that tax authorities and certified public accountants are still struggling to create tax reports for cryptocurrencies – in part because they have limited knowledge on how to do so. CoinTracking supports eight different methods for calculating tax liabilities and says these customizable reports can comply with the standards of “almost every country in the world,” enabling users to save time and money while staying on the right side of the law.

Features for every type of user

CoinTracking says that it aims to appeal to users of all levels – ranging from casual traders to more experienced investors. Its three-tier subscription plan aims to reflect this. A free plan allows users to track a maximum of 200 transactions, with its Pro plan enabling 3,500 transactions to be tracked. As the name suggests, the Unlimited plan is free of restrictions – and offers other features such as exports in six file types, prioritized caching and faster calculations, a daily backup of all trades and guaranteed access to all future platform updates. Pro and Unlimited plans can be purchased using Bitcoin or fiat for one year, two years, or for lifetime use.

The platform now supports more than 6,000 cryptocurrencies. Not only does it offer trends for each of these coins, but CoinTracking says it provides nine years of historical data to help investors make informed decisions – including interactive charts and a calculation of key indicators. People who currently use other prominent crypto exchanges and wallets can also import data with ease, and use an intuitive search feature which groups trades by the exchange where they were executed.

The company’s journey began in 2012 when Dario Kachel, an IT professional, started to get interested in trading on crypto exchanges. Although he loved the excitement and the challenges associated with these investments, he found it difficult to keep track of all his trades and achieve a bird’s eye view of how his portfolio was performing.

Although he initially developed a spreadsheet to keep tabs on his trades, he soon found this manual method laborious and time consuming, and this motivated him to begin developing software that would benefit him and the other crypto traders who were suffering from the same problem.