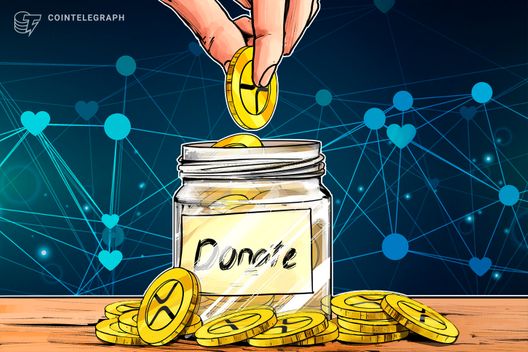 Chris Larsen, co-founder of San Francisco-based technology company Ripple, and his wife Lyna Lam have donated $25 million in XRP to a university in California, according to an official announcement on April 5.

The university will direct the funds to support students studying global entrepreneurial and fintech ecosystems. According to SFSU, the donation is the largest single contribution made in cryptocurrency to a university in the United States. University President Leslie E. Wong said:

“This groundbreaking gift will position the College of Business as an evolving, distinctly diverse and industry-relevant epicenter of business innovation and entrepreneurship. Chris, Lyna and Rippleworks are innovators, and their gift will inspire our students to creatively and strategically approach the business and tech landscapes to become the next generation of entrepreneurs and global business leaders.”

The move follows Ripple’s formal social impact program dubbed “Ripple for Good” which launched last September. The program was set to operate in collaboration with RippleWorks, and to pool $25 million from the firm together with $80 million in donations to invest in projects focused on education and financial inclusion.

Ripple has previously made similar donations. Last June, the company unveiled their University Blockchain Research Initiative consisting of a $50 million donation to 17 universities globally to support education in blockchain and cryptocurrencies.

In March of last year, Ripple donated $29 million XRP to support U.S. public schools, fulfilling funding requests from teachers via DonorsChoose charity fund. The donated money was set to equip more than 30,000 classrooms across all 50 states.

XRP is currently the third-largest altcoin in terms of market capitalization. The coin has gained a solid 8.32 percent over the past 24 hours at press time, and is currently trading at $0.361. Looking at the coin’s weekly chart, XRP is up by nearly 17 percent.