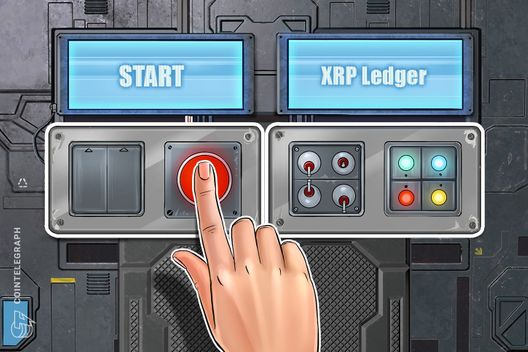 Ripple has released XRP Ledger version 1.2.0, including a number of new network amendments.

Ripple, the firm behind the current third top crypto XRP, has introduced a major network upgrade of its XRP Ledger version 1.2.0, according to an official announcement on Feb. 13.

The XRP ledger is a decentralized cryptographic ledger that stores XRP and is powered by a network of peer-to-peer (P2P) servers.With the release of the Ripple’s blockchain upgrade, servers will be able to automatically detect transaction censorship attempts and issue warnings of increasing severity for transactions, the announcement says.

The MultisignReserve amendment is designed to reduce the reserve requirement that is associated with signer lists for Multisign. Released in June 2016, multi-signing is one of three ways to authorize transactions on XRP Ledger, along with regular keys and master keys.

The multi-signing method allows users to use a combination of multiple private keys, enabling a number of benefits, such as delegating the power to send transactions from an owner’s address to a group of people. They can then control the address in case the original holder is unavailable or unable to sign a transaction.

According to the recent announcement, XRP Ledger server users should upgrade to the new version by Feb. 27 in order to ensure service continuity. Those who are not running the upgrade 1.2.0 or greater will have their servers amendment blocked. This means their servers will not be able to determine the validity of a ledger, to submit or process transactions, or be able to participate in the consensus process and vote on future amendments.

On the same day, crypto analytics firm Messari issued a report, alleging that XRP market capitalization might be overvalued by as much as $6 billion, suggesting that the “actual” market cap could be overestimated by 48 percent. At press time, XRP market cap amounts to $12.5 billion, according to data from CoinMarketCap.