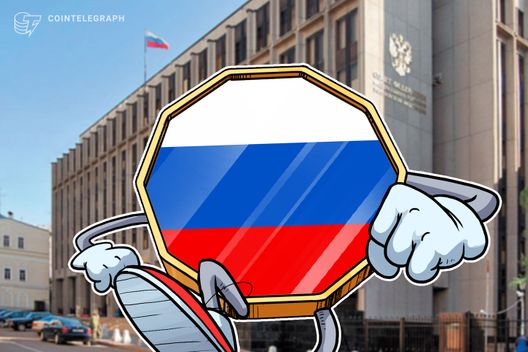 The State Duma approved the new legislative changes, which focus on how digital rights can be exercised and transferred.

Russia’s parliament, the State Duma, has voted to enact new digital rights legislation in October this year, according to a press release on the Duma’s official website on March 12.

The changes to Russia’s civil codex passed their third and final Duma reading on Tuesday. The law reportedly establishes the concept of “digital rights” in Russian legislation with the addition of a new article, 141.1, of the Civil Code of the Russian Federation.

The law determines how digital rights can be exercised and transferred, as well establishes rules for digital transactions, including contracts.

The press release quotes the Chairman of the State Duma, Vyacheslav Volodin, as stating that the digital rights law “forms the basis for the development of the digital economy. This is a new area for our rights, thus it is important for us to consolidate the basic concepts.”

Commenting on how the legal landscape will look in Russia after October, Aleksandr Zhuravlev, a senior partner at a Moscow-based legal firm, told Russian-language crypto news outlet Forklog that while imperfections remained, the country’s approach was notably better than some others.

“Of course the current project has flaws […] that could lead to ambiguity in some areas: determining the legal nature of cryptocurrencies and mining, as well as several other aspects (digital financial asset inheritance etc.),” he told Forklog, adding:

“However, it’s worth noting that Russia has not gone down the route of China or India, which have selected a prohibitive approach to digital assets.”

The decision follows a lengthy debate over how to treat digital currencies as they pertain to civil property rights, with legislative proceedings in the form of a draft bill on crypto — titled “On Digital Financial Assets” — seeing multiple delays and missed deadlines.

As Cointelegraph reported, the Duma passed the crypto bill during a second of three readings earlier this month. This week, the head of the Duma’s committee on financial markets, Anatoly Aksakov, told Russian news agency RNS that he expects that the crypto bill will be adopted by the end of March.

Prior to that, Russia’s president, Vladimir Putin, had issued comments expressing a desire to enact cryptocurrency regulation by July.

China has issued a de facto ban on cryptocurrency use, despite the fact that holding digital assets in the country remains technically legal. India’s central bank banned banks from servicing cryptocurrency businesses, such as exchanges, in July 2018.