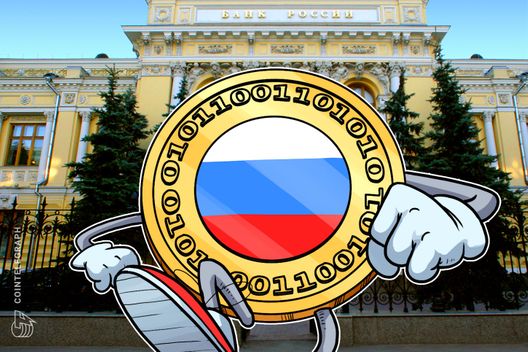 A lobby group of Russian entrepreneurs has presented their alternative to the current draft bill on cryptocurrencies to Prime Minister Dmitry Medvedev.

Per a document obtained by RBC, the head of RSPP Alexander Shokhin criticizes the main draft that was accepted by the Russian State Duma in the first of three readings in May. He urges Medvedev to postpone the hearings until 2019 to develop new aspects of the draft law that would serve both entrepreneurs’ and regulators’ interests.

According to Shokhin, the current legislation, if accepted, would force Russian startups to move to other jurisdictions abroad that are more friendly to cryptocurrencies.

The lobby group also proposes to classify tokens in three groups — security tokens, cryptocurrencies, and digital “signs” — and develop a proper framework for each of them. For instance, security tokens would be under the strict control of the central bank, whereas utility tokens would enjoy a more liberal regime. In the case of “hybrid” tokens, as defined by Shokhin, the central bank should review each token separately.

RSPP, which consists of high-ranking Russian entrepreneurs such as mineral mining and smelting billionaire Vladimir Potanin, and Viktor Vekselberg, head of the Russian innovation fund Skolkovo, first announced it was working on the alternative crypto bill in early September.

Kommersant later wrote that Potanin’s interest in the crypto space spread farther than the draft bill — the billionaire reportedly planned to launch his own crypto-related projects.

The main bill “On Digital Financial Assets” was first introduced in January by the Russian Ministry of Finance. In March, a slightly different version that established know your customer (KYC) regulations for crypto exchanges appeared and was later approved by the State Duma. The second hearing was postponed till the parliament’s fall session.

Prior to the second reading, the document had been considerably edited. As Cointelegraph reported following the matter, the Duma Committee on Financial Markets removed terms defining “mining” and “cryptocurrency” from the draft bill, focusing on tokens and Initial Coin Offerings (ICOs) instead.