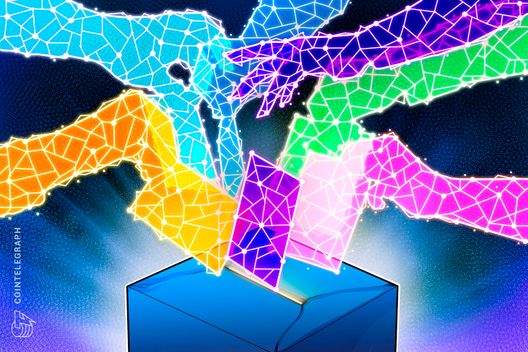 Russian officials discuss the possibility of blockchain voting, while the head of the Election Commission suggests renaming the tech for the Russian “mentality.”

In a response to the discussion of blockchain at the conference, Ella Pamfilova, the head of the Election Commission, suggested “rebranding” the technology in Russia:

"To promote this technology [blockchain] in Russia we need some rebranding. We need… kind of Russian equivalent that takes into account our mentality […]”

Pamfilova then went on to analyze her perceived implications of the word in the Russian language:

“The word 'block' is immediately associated with something closed. In Russia, [it’s a place] where a third of the population was held behind bars…Next you have 'chain'. 'Block' and 'chain' — it works on a subconscious level."

To eliminate said negative associations, Pamfilova advocaged choosing another word for ‘blockchain’ in Russian, though she did not provide an alternative term. “We need some rebranding,” she repeated, concluding “some understandable Russian word.”

Back in September, 2017, Pamfilova had declared that it was too early to test blockchain for Russia’s election system. The head of the Commission then revealed that most of local polling stations lacked computers and cameras and thus were not able to conduct decentralized voting.

Despite uncertainty over cryptocurrency regulation in Russia, which is currently awaiting the finalization of a bill that lacks core crypto terms after recent edits, blockchain technology is being actively explored in the country’s public and private spheres. This week, Cointelegraph reported the world’s largest diamond producer Alrosa, which is based in Russia, revealed it is partnering with fellow industry giant De Beers to trial a blockchain-powered diamond tracking platform “Tracr.”