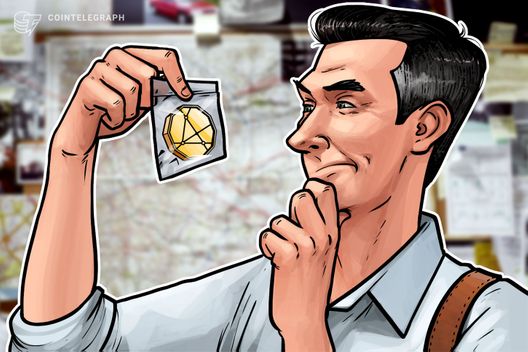 The U.S. SEC has filed a subpoena enforcement action against the perpetrators of an alleged “pump-and-dump” scheme involving claims of a $100 million ICO.

The U.S. securities agency has filed a subpoena enforcement action against the perpetrators of an alleged “pump-and-dump” scheme involving claims of a $100 million Initial Coin Offering (ICO), according to an Oct. 9 filing.

The Securities and Exchange Commission (SEC) states it filed the subpoena application Oct. 5 at the U.S. District Court for the Central District of California against the “Saint James Holding and Investment Company Trust and its sole trustee, Jeffre Jame.” The filing came following the agency’s action to suspend trading in a penny-stock firm dubbed “Cherubim Interests, Inc.” this February.

According to yesterday’s statement, the SEC believes that Cherubim issued false public statements, claiming that the company had “executed a $100,000,000 financing commitment” to launch an ICO for St. James Trust.” The filing continues:

“After Cherubim's stock price and trading volume increased on this news, certain individuals associated with the company may have 'dumped' their overvalued Cherubim stock for significant profits."

The SEC’s archives contain a memorandum of understanding (MoU) dated Jan. 5 that outlined Cherubim’s alleged ICO financing commitment, describing a so-called Self Sustaining Intentional Communities Coin (SJT) that would generate enough capital “to create self-sustaining intentional communities across the US and across 57 nations.”

The SEC yesterday stated that it had first acted to suspend trading in Cherubim securities after it had reason to doubt the accuracy of the firm’s disclosures. According to the February suspension order, Cherubim is alleged to have issued press releases in January claiming it had acquired “AAA-rated assets from a subsidiary of a private equity investor in cryptocurrency and blockchain technology.”

The SEC has also pointed to the firm’s failure to file reports for the fiscal year ending August 2017, as well as a quarterly report last November.

The SEC stated yesterday that despite issuing subpoenas to both St. James Trust and James in June 2018, and having “personally served” the trustee with copies of the subpoenas, and extended deadlines “multiple times,” neither the trust nor the trustee responded to the agency, nor produced the necessary documents. The agency therefore seeks an order from the court compelling both to produce all responsive documents.

The agency emphasizes, however, that it continues its fact-finding investigation in this matter and, “to date, has not concluded that anyone has violated securities laws.”

At the end of September, Cointelegraph reported that the SEC had filed charges against an international securities dealer that was offering Bitcoin-funded security-based swaps, in an alleged violation of federal securities laws.