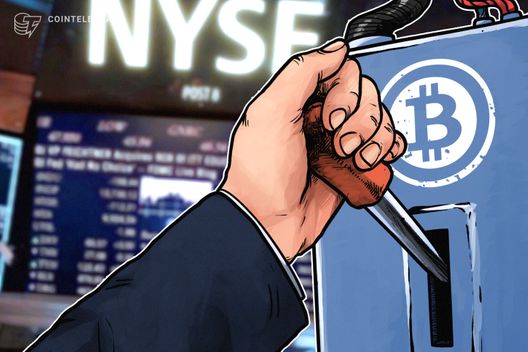 According to the notice, the NYSE Arca exchange filed a rule change proposal to list and trade shares of the Bitwise Bitcoin ETF Trust under its NYSE Arca Rule 8.201-E on Jan. 28.

The SEC is now expected to provide an initial decision to approve or reject the proposal within 45 days starting from the day of publication of the announcement, Feb. 15. In the case that the securities regulator finds it needs more time to review the proposal, it might extend review period for up to 90 days and should publish the reasons for delaying the decision.

As the notice declares, the general public can submit feedback on the rule change proposal by March 8, 2019, in the form of written data, view and arguments.

NYSE Arca and Bitwise revealed plans to launch Bitcoin ETFs in January. NYSE Arca reportedly filed for permission to launch a number of Bitcoin-related ETFs during one week in 2018. The exchange intended to launch five separate ETFs linked to both bull and bear futures contracts listed on NYSE Arca. The ETFs would reportedly be linked to the price of Bitcoin futures on the Chicago Mercantile Exchange (CME) and the Chicago Board Options Exchange (CBOE).

In turn, crypto index fund provider Bitwise Asset Management filed an ETF application on Jan. 10, with the proposed ETF tracking Bitwise Bitcoin Total Return Index that is “calculated based on the prices of bitcoin that the Index Provider derives from bitcoin price transactions occurring on cryptocurrency exchanges.”

As Cointelegraph previously reported, the SEC’s operations have been limited due to the U.S. government shutdown. On Jan. 23, CBOE’s BZX Equity Exchange withdrew its request for a rule change by the SEC for a Bitcoin ETF backed by investment firm VanEck and financial services company SolidX. A CBOE spokesperson told Cointelegraph that the decision to withdraw its request was a result of the shutdown, but that the exchange plans to re-submit at a later date.

Speaking on a panel with Quintenz, SEC Commissioner Heister Peirce — known as “crypto mom” in the crypto community — appeared to agree with the CFTC Commissioner, noting that the SEC can still “build products on top of” unregulated markets.