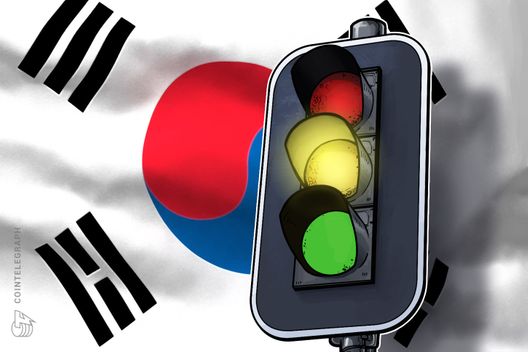 South Korea’s Financial Services Commission (FSC) has issued a statement to warn investors to be cautious while investing in cryptocurrency funds, according to documents published on the official FSC website on Oct. 24.

According to the FSC, investors might be misled by cryptocurrency funds, mistakenly believing that those public funds represent legal investing tools that comply with South Korea’s Capital Markets Act.

Citing the act, the FCS stated that public fundraising schemes must be approved and registered with the commission in order to operate legally. However, according to the FCS, such crypto funds are neither approved or registered, meaning that those companies are violating the country’s Capital Markets Act.

The Financial Services Commission further revealed its plans to hold consultations with relevant regulators in order to take action against crypto funds in a move to protect investors from risks of potential financial losses.

Earlier this month, FCS chairman Choi Jong-koo reiterated his negative stance towards digital currencies and Initial Coin Offerings (ICOs) when speaking at a parliamentary audit session of the National Assembly commission. The chairman claimed that the existing uncertainty around ICOs, as well as its potential damage to investors, are “too serious and obvious,” citing other countries that have prohibited this type of fundraising.

South Korea’s financial authorities had banned all types of ICOs in September 2017, arguing that ICO token sales require too much monitoring and oversight. The initial ban has since been followed by subsequent suggestions for a reversal.

On Oct. 2, a member of South Korea’s National Assembly called on the government to “open up the road” to ICOs by taking a softer stance in terms of regulations. Democratic Party lawmaker Min Byung-doo stated that the party will develop a project of for ICO legislation at the next session of the National Assembly.

On Oct. 11, Cointelegraph reported that South Korea’s state authorities are “likely” to announce its official stance on ICOs in November.