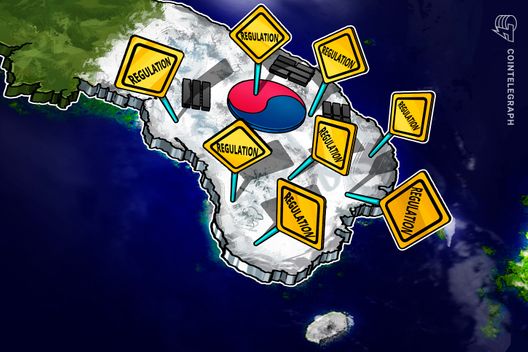 The South Korean government is looking to re-evaluate existing cryptocurrency policies in order to facilitate the maturity of the cryptocurrency market.

Speaking at the Deconomy conference in Seoul, top government officials reportedly stated that the country has to re-evaluate cryptocurrency policies in order to facilitate the growth and maturity of the cryptocurrency market. One official outlined the importance of creating a place where the industry, financial institutions, and government-related organizations could communicate and jointly develop relevant guidelines. Song Hee-kyong, co-president of the 4th Industry Forum of the National Assembly, said:

"The government has misunderstood the virtual currency and tried to meet the real currency standards, so there are various problems.The industry does not stand still while waiting for the regulatory sandbox authorization, so it is just like keeping it in the box."

Lawmakers reportedly confirmed their willingness to promote the blockchain industry, although Jung Byung-kook, chairman of the 4th Industry Special Committee of the National Assembly, stressed that the government should remain cautious and have a conservative approach to the technology in terms of its management.

South Korea banned initial coin offerings (ICOs) in September of last year, claiming that the practice of raising funds through the issuance of cryptocurrency tokens was almost “a gamble.”

This January, the country said that it will keep the ban, as the Financial Services Commission had discovered that firms conducting ICOs were making use of foreign jurisdictions, but still raising funds from South Korean nationals.

In early March, the South Korean Supreme Prosecutors' Office (SPO) established a task force to fight cryptocurrency-related fraud and crimes. The task force will be responsible for the investigation — under the SPO’s authority — of fraud, illegal money laundering and other illegal activities in the fields of fintech and cryptocurrency.