↓
Home Menu ↓
Home→News→Speak Out: Unmasking the True Creator of Bitcoin 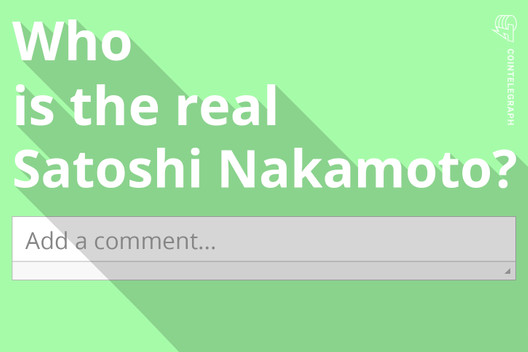 Who do you think Satoshi Nakamoto really is? Share your opinion in the comments!

Within the past week, a few crypto exchanges — including Kraken and Binance — have delisted bitcoin SV. The following decisions were mostly made based on Craig Wright’s repeated public statements that he is Satoshi Nakamoto. Since bitcoin first emerged, there have been numerous theories and controversy about who the true, original creator of the largest cryptocurrency actually is.

At various points, internet users from around the world have suggested that Satoshi could be Vitalik Buterin, Nick Szabo, Hal Finney and David Kleiman.

Today, we invite you to share your opinion on the subject. Reply in the comments below!