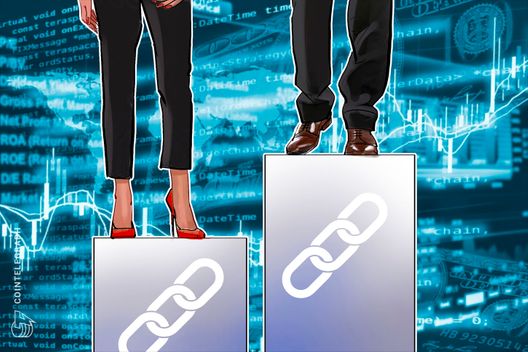 According to a recent study, almost twice as many millennial men invest in cryptocurrency as women.

A new study by crypto finance company Circle, published September 12, shows that millennial women invest in cryptocurrency at half the rate of men.

The survey collected answers from over 3,000 millennials, Gen Xers, and Baby Boomers in the U.S., covering such issues as investment, associated risks assessment, and attitudes toward emerging asset classes like crypto.

According to the poll, 25 percent of millennials said they are interested in purchasing digital currencies over the next 12 months, which sets them apart from the other generations by more than 10 percent. From a gender perspective, 17 percent of males across the three generations have plans to buy crypto, while only 8 percent of women share the same plans.

In regards to the risk associated with crypto investment, younger investors and males across the three generations turned out to be bolder, whereas Baby Boomers tend to be more cautious. 42 percent of millennial men reportedly called themselves “aggressive” investors, in comparison with 27 of millennial women, while among Gen Xers, 34 percent of men and 19 percent of women chose the same answer.

While women may still be underrepresented in the crypto space, market research from the London Block Exchange earlier this summer showed that the amount of women considering crypto investment had doubled since the start of the year. The poll also found that women are 50 percent less likely to suffer from “FOMO” (fear of missing out), and approach investing more strategically.

At the end of August, research service YouGov Omnibus conducted a crypto-related survey among millennials. The results of the study show that 79 percent of Americans are aware of at least one cryptocurrency. Millennials were almost equally split between being interested (48 percent) and not interested (50 percent) in cryptocurrencies.

34 percent of the respondents in the YouGov Omnibus survey do not think that crypto will become widely accepted, while millennials demonstrated the most positive approach to cryptocurrencies, with 44 percent of them predicting wider adoption.