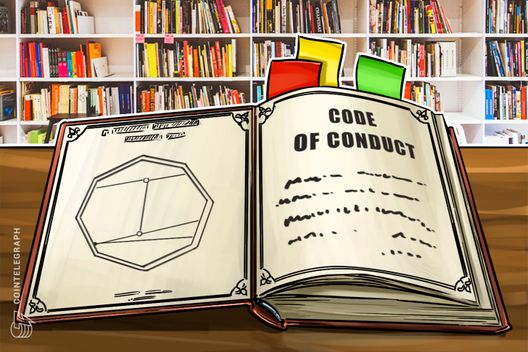 A new Association for Digital Asset Markets (ADAM) has been launched by ten major crypto and fintech firms to establish a “code of conduct” for the crypto sector.

Ten financial and tech firms have established an Association for Digital Asset Markets (ADAM) to create a “code of conduct” for the cryptocurrency sector. The launch was announced in a press release published Nov. 27.

According to the press release, ADAM will focus on working with regulators to seek “comprehensive standards” for digital asset market participants. These will aim to encompass trading, custody, clearing and settlement in the sector, and to provide a framework for “ethical conduct” and “professionalism.”

The standards are also an attempt to improve transparency for both regulatory authorities, policy makers and the public, and to broadly deter market manipulation, the release notes.

Duncan Niederauer, former CEO of the New York Stock Exchange (NYSE) and ADAM Advisory Board Member, is quoted as saying:

"Rules are fundamental to the development of any market. Over 200 years ago, market leaders came together to draft rules that led to the creation of the New York Stock Exchange. The advent of digital assets requires a similar effort; one that will clarify existing rules and give both investors and regulators the confidence necessary to sustain this market.”

ADAM’s code of conduct will reportedly be established to work as a “complement” to existing laws and regulations in order to “accelerate fair and orderly digital asset markets where innovators and capital can transact with confidence.”

In late October, crypto finance company Circle announced it was participating in the Global Digital Finance (GDF) industry body as a founding member. The GDF is developing its own global “code of conduct” for crypto assets, which will similarly aim to serve as a “shared rulebook” of standards in regard to money handling, risk management, interaction with customers and regulators, and market practices.