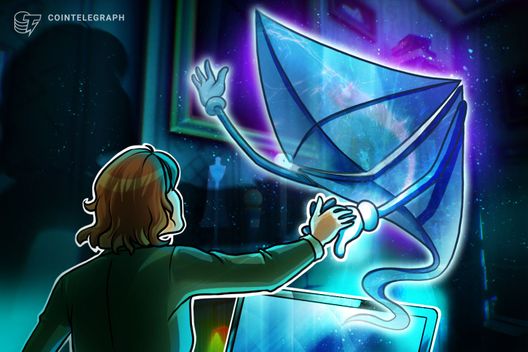 The governors of two central banks endorsed the Ethereum (ETH)-based remittance system developed by blockchain company Everex, the firm reported in a press release shared with Cointelegraph today, April 5. The service is set up to send payments between Thailand and Myanmar.

The system was reportedly presented by the startup, along with its partners, state-owned Krungthai Bank of Thailand and Shwe Bank of Myanmar, at the Association of Southeast Asian Nations (ASEAN) central bank governors and finance ministers meeting on April 4.

The Everex press release cites Veerathai Santiprabhob, the governor of Thailand’s Central Bank, as commenting on the project:

“This project is an important step forward for the more than 3 million workers in Thailand who might have so far used not secured channels.”

The governor of the central bank of Myanmar, U Kyaw Kyaw Maung, also made a statement about the initiative during the meeting, quoted in the press release as saying:

“Both countries share a common culture and traditions. Those bring countries and people together the same way as Krungthai and Shwe bank cross border remittance money transfer service. Transactions will be faster and more secure.”

The release also notes that the company received a letter of approval from the Bank of Thailand, the country’s central bank, to launch its service as requested by the involved parties. A tweet from Everex yesterday also includes a link to a press release from Thailand’s central bank that details the agenda for the ASEAN meeting and describes Everex’s product.

According Everex’s press release, on March 28, Krungthai Bank signed a Letter of Intent to introduce its cross-border money transfer service between Thailand and Myanmar. Per the release, over three million Myanmar migrant workers reside and work in Thailand and every month send part of their income to Myanmar.

Moreover, the service based on Everex’s system, dubbed “Krungthai Bank and Shwe Bank Remittance powered by Everex,” allows users to make money transfers via a smartphone at any time.

As Cointelegraph reported last week, India’s Federal Bank, a commercial private bank, has partnered with Ripple to use its network for cross-border remittances.
In the Middle East, the United Arab Emirates’ central bank and the Saudi Arabian Monetary Authority announced in January that they are developing their own interbank digital currency, which will be called “Aber.”