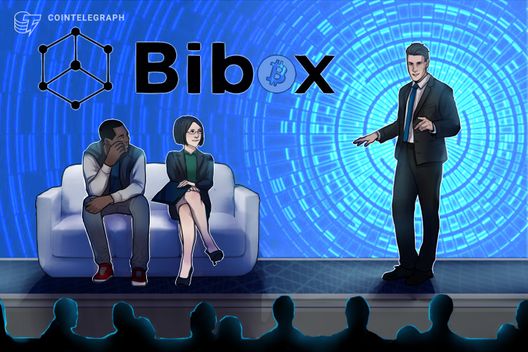 With ICOs losing momentum, a digital asset exchange says security token offerings and crypto bonds could be the next big thing for investors.

An established digital asset exchange has announced it is holding a summit in Singapore to explore new opportunities in the marketplace – creating a platform where crypto enthusiasts can detect industry trends and debate what the future holds after a volatile year.

Bibox, an exchange enhanced by artificial intelligence (AI,) is hosting a summit on Nov 29, and hopes the event will give investors an insight into the strategic changes that lie ahead in 2019.

The company says that token bonds are likely to take center stage at the day-long conference, amid questions over whether they could become a new, widespread investment opportunity. It is reported that ICO crowdsales have lost momentum in recent months – prompting entrepreneurs to find new ways to connect with investors.

Following a year of dizzying highs and lows, Bibox also says demand for fixed-income assets is on the rise, leading to rising interest around token bonds. This will be another topic that’s discussed at length – with a panel convening for an hour-long discussion on the impact these financial instruments may have on the blockchain industry.

Token bonds are a modern take on bonds, one of the oldest financial instruments in the world. In a way, they are a form of debt and they enable blockchain-based businesses to raise money. Bond holders normally receive a sum of money when they mature, along with regular interest payments over the bond’s lifespan. These assets can be traded, and their price can fluctuate.

Two other panel discussions are planned. One will offer Singapore’s perspective on token bonds, while the other will explore the role of institutional investors and market makers in the secondary market. Representatives from Bibox are going to give a presentation to kick off proceedings, with delegates from Vocean, a decentralized crypto financial ecosystem, to follow.

Over the first 12 months of operation, the exchange says it has opened offices in seven countries. It has also launched the BiboxLab, an “international blockchain hub” based in New York which aims to support top-tier projects with funding, consulting services, technical guidance, legal counsel, marketing, office space and media management.

BiboxLab’s goal is to uncover practical projects that innovate and provide “disruptive solutions to existing pain points” while embracing compliance and regulation. Vocean, mentioned earlier, is one of the first participants. The ecosystem enables fixed-income products such as loans, bonds and derivatives to be issued and traded. Additionally, it can provide blockchain projects with credit ratings and unlock new ways for them to raise funds.

Bibox is also going to launch a European fiat exchange early next year, supporting fiat currencies including the Swiss franc, British pound and the euro. The platform will also reportedly allow contract trading in the future.

In a year, Bibox says it has managed to amass more than 2,000,000 registered users – and according to CoinMarketCap it is the eighth-largest exchange in terms of daily trading volume, which at the time of writing stood at more than $290 million.

Executives from the company wrote a letter of thanks to users, marking the anniversary by stating: “Bibox is planning to launch a series of derivatives so as to meet the diversified needs of investors, striving to become a one-stop transparent and smart assets management platform, and we do hope you, as always, to continue supporting us in the years to come.”

The Bibox exchange is available to download from Apple’s App Store and Google Play for Android devices, and software has also been released for Windows PCs and Macs. Five languages are currently supported: English, Chinese, Korean, Vietnamese, and Russian.

Bibox’s Bond Summit – dubbed 2019 New Opportunities for Digital Assets – is being held at the Suntec Singapore Convention and Exhibition Center, and runs from 10 am to 5 pm.