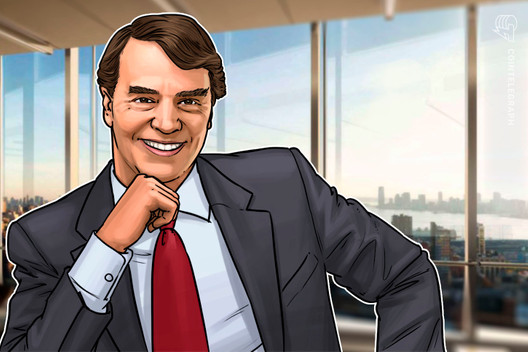 Venture capitalist Tim Draper plans to meet with Facebook to talk about investing in the firm’s much rumored crypto project.

According to the report, Draper revealed to Bloomberg that he is “interested to hear the story” around the project, claiming that he is ready to “see if it is a fit.”

The move comes on the heels of recent news that the social media giant is reportedly seeking a $1 billion investment from various venture capital firms to develop its supposed cryptocurrency project. On April 8, New York Times tech reporter Nathaniel Popper revealed that the reported project is a stablecoin that would be pegged to a basket of foreign currencies held in bank accounts, citing people familiar with the matter.

While Facebook has not officially confirmed the rumors so far, Bloomberg was the first to report on the alleged crypto-related development by the social network in December 2018.

Following Bloomberg, The New York Times published another article in late February suggesting that Facebook is working on a highly secretive crypto project, planning to introduce a stablecoin that would incorporate Facebook’s three fully-owned apps — WhatsApp, Facebook Messenger and Instagram, with total exposure of 2.7 billion users.

According to this week’s report from Bloomberg, Facebook is “still far from releasing the coin,” since it is reportedly trying to find a solution to how best to secure the funds that would back the stablecoin.

At press time, Draper has not replied to Cointelegraph’s request for comment on his plan to meet with the firm.

Meanwhile, Facebook’s office in Menlo Park, California has recently opened five new positions in its blockchain department, following a previously posted position for a senior lawyer with experience in both blockchain and payments.