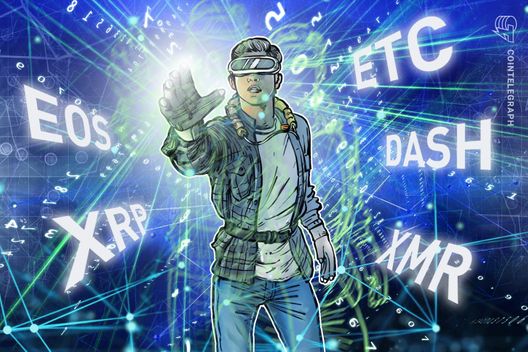 The crypto markets are in a very tight range for the past few weeks, what can become a catalyst to shake them?

The crypto markets are stuck in a very tight range for the past few weeks. It needs a strong catalyst to shake out of this consolidation. The breakout or breakdown of the range is likely to start a new trend that will remain in force for a few days.

Though it is difficult to predict the exact news event that will trigger a response from the traders, we can take a calculated guess. The outcome of the Bitcoin ETF proposals is one of the most watched events that can cause a large move.

The fact that the crypto markets have not been affected by the decline in the stock markets in the past few days is a positive thing. If this outperformance continues, we anticipate some speculative money to shift to cryptocurrencies, resulting in a sharp upward movement.

As traders, we should watch the important levels that warrant an action. Let’s take a look at the top five performers of the past seven days and find out if they are forming any buy setups.

Barring Tether, EOS was the best performer in the past seven days, rising just under a percent.

Freewallet, a cryptocurrency wallet, announced a release of a new EOS wallet where users can perform all transactions free of charge. During the week, the EOS network saw its unique daily active account hit a record of 60,000. Will the rising popularity reflect in higher prices?

Progress on xRapid, real-time settlement platform and xCurrent payment solutions have kept Ripple in the news for the past few days. The company reported that it sold $163.33 million worth of XRP in Q3, which is a 122 percent increase over the previous quarter’s sales of $73.53 million. Ripple also hired Amir Sarhangi as vice president of products, who was Google’s head of rich communications services (RCS), to lead RippleNet, a payments network.

How have these events affected its price?

Both moving averages are turning flat, and the RSI is also at the midpoint. This points to a range bound action in the next few weeks.

Though the XRP/USD pair has regularly made new lows in 2018, the bulls are currently trying to break that sequence. They have been attempting to hold the recent correction to $0.37185.

Ethereum Classic has seen positive developments in the past few weeks. Donald McIntyre, former Vice President of Morgan Stanley, believes that ETC has “has an incredibly unique market positioning in an extremely valuable niche” in the crypto sector.

The ETC/USD pair has been trading close to the strong support of $9.5 for about a month and a half. This is a critical support level because it has not been broken convincingly since end-May of last year. If the bears sink prices below $9.5, the next support is way lower at $5.2.

The price is currently below both moving averages, and the 20-week EMA has turned down — this shows that the bears have an upper hand.

On the upside, a breakout above $11.883 will indicate strength that can propel the virtual currency to $14.5 and above that to $19.

The recent announcement of integrating Uphold directly into the official Dash mobile wallet and the partnership between Dash and the cryptocurrency debit card company FuzeX saw great support from the traders. Does the recent price action indicate a bottom formation? Let’s find out.

The trend in the DASH/USD pair is clearly down. It has consistently made lower lows during the year, marked as ellipses on the chart. The price has stayed below the 20-week EMA since end-February of this year.

The bulls had attempted to push prices higher in end-August, but a lack of follow-up buying resulted in the digital currency giving up most of its gains. Currently, the bulls are trying to defend the year-to-date lows of $129.58. A break of the lows will resume the downtrend and sink prices to the next lower support of $113.

The virtual currency will show signs of a turnaround if it breaks out of the overhead resistance at $229.24. A breakout of this level can carry prices to the minimum target objective of $339 with a minor resistance at $266 levels.

Though Monero’s bulletproofs upgrade reduced withdrawal fees by about 95 percent in a week, it was not enough to change the larger trend.

The XMR/USD pair has strong support close to the $81 levels that has not been broken convincingly for more than a year. Therefore, this becomes the level to watch on the downside. Any break on a weekly closing (UTC time frame) basis can push prices towards the lower support at $58-$52.

Currently, the digital currency has been trading inside a tight range of $128.65-100.453. A break of the bottom of this range will retest the $81 levels, whereas, a breakout of the range can result in a rally to $150.

We believe that a breakout above $150 will start a new uptrend that can propel the virtual currency to $220 and above that to $300 levels.