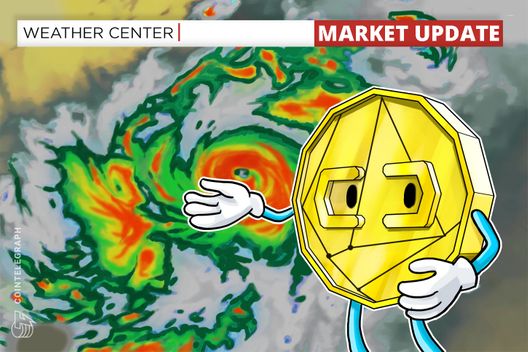 Cryptocurrency markets have seen mixed signals, with most top coins trading sideways and Bitcoin holding on to its weekly growth.

Wednesday, Nov. 7: most major coins are slightly down today, with Bitcoin (BTC) holding on to this week’s growth. The markers are seeing mixed signals as of press time, with most top coins trading sideways, up or down by around one percent.

BTC is up 1.3 percent over the last 24 hours, and trading at around $6,527 at press time. The leading digital currency have seen insignificant volatility during the day, having dropped to as low as $6,441, while the intraday high reached $6,531. In terms of a weekly view, BTC has jumped by more than 3 percent, with $6,304 as its lowest price point on Nov. 1. 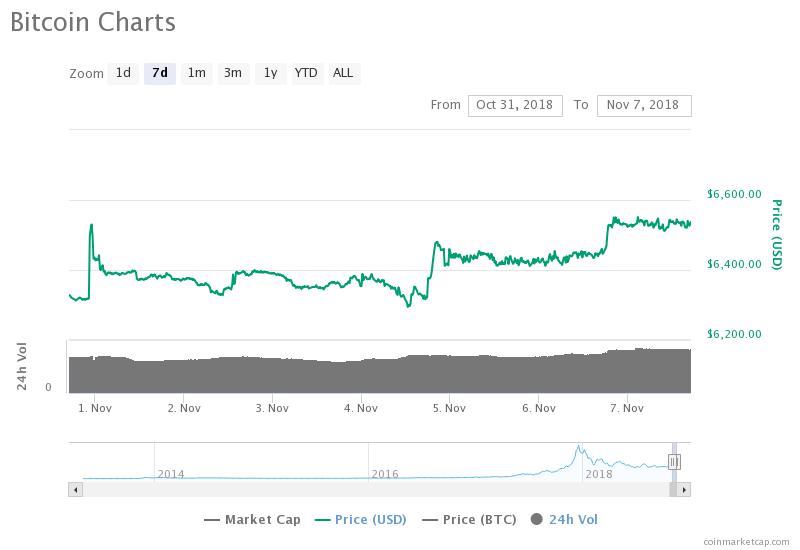 Ethereum (ETH) is up 0.16 percent on the day, hovering at around $218 at press time. The second largest altcoin has seen small volatility over the day, with $215 as its lowest price point, and $221 as the highest at press time. Yesterday, ETH won back its position as the second largest cryptocurrency with a market capitalization from Ripple (XRP), which had briefly overtaken ETH as largest altcoin by market cap. 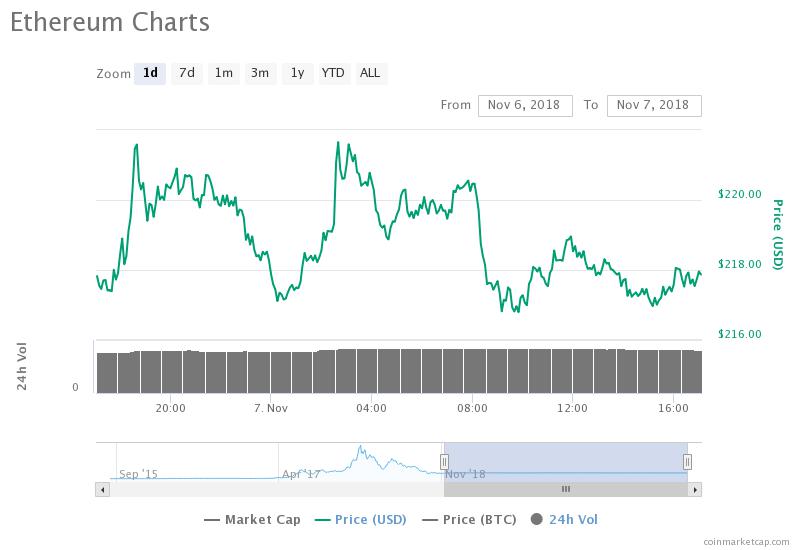 XRP has experienced slight losses during the last 24 hours, dropping by 1.35 percent and trading at $0.534 at press time. On Nov. 6, XRP surged by almost 10 percent on the day, which resulted in it briefly overtaking ETH in terms of market cap. On its weekly chart, XRP is up more than 19 percent. 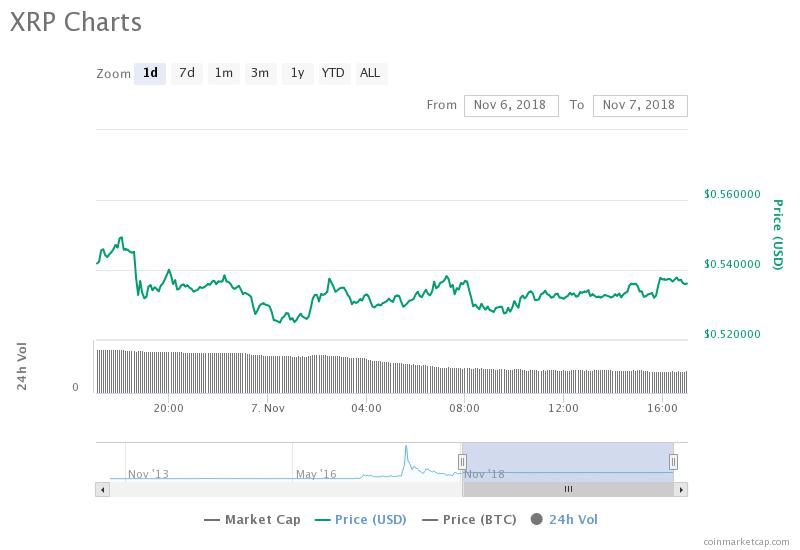 Of the top 20 cryptocurrencies, Stellar (XLM), TRON, Ethereum Classic (ETC), and DASH have seen biggest drops at press time by around 2 percent, according to CoinMarketCap.

Total market capitalization is over $219 billion, with an intraday high of $221 billion. Over the week, total market cap has been gradually raising from its lowest point around $203 on Nov. 1. 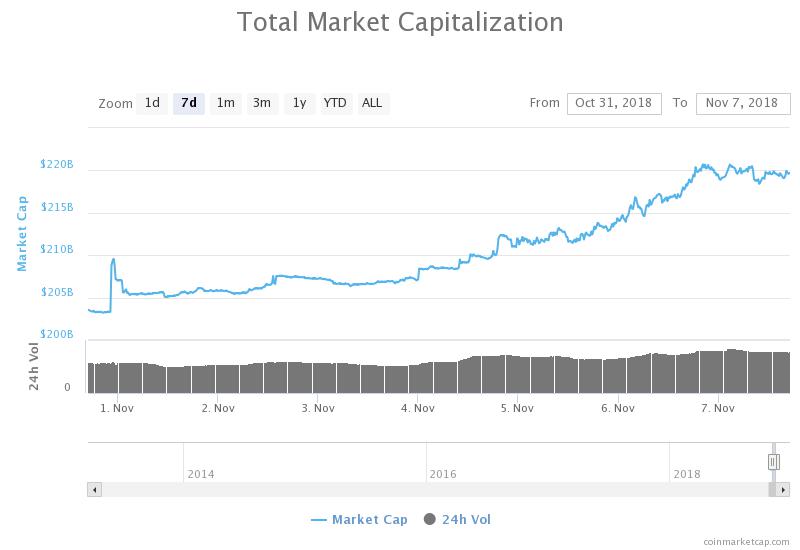 Meanwhile, an interdepartmental team set up by the governor of the Bank of Israel to “examine the issue of central bank digital currencies,” has recommended that the country’s central bank not issue its own token in the near future. The team outlined the necessity of further investigation “before there are proper grounds for a decision to recommend issuing digital currency.”