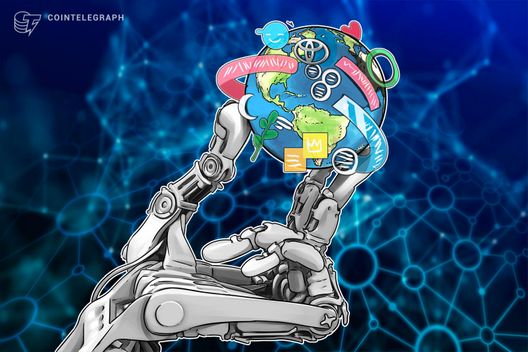 Toyota has partnered with blockchain ads analytics firm Lucidity to reduce wasted spending and address fraud in its advertising campaigns.

Japanese car manufacturer Toyota has partnered with blockchain advertising analytics firm Lucidity to cut down on fraud when buying digital ads, according to a press release published Oct. 16.

Formerly known as KR8OS, Lucidity was founded in 2017 in Los Angeles and offers an Ethereum blockchain solution to track supply chain payments, so advertisers can monitor how their funds are allocated.

Through the new partnership with Lucidity, Toyota and global ads agency Saatchi & Saatchi are reportedly looking to attain transparency in Toyota’s digital ad campaign buys and eliminate wasted spending. The size of the automotive digital advertising market was estimated at nearly $15 billion in the U.S. in 2018.

Nancy Inouye, Media Director at Toyota Motor North America, reportedly told advertising trade publication AdAge that the campaign with Lucidity resulted in a 21 percent upstick in visits to Toyota’s website. As reported, Lucidity was able to flag sites and apps with a high level of impression and click discrepancy — which indicates fraud or bot infiltration — to move funds to sites with higher performance.

Inouye reportedly said that Toyota "wanted to go deeper into the programmatic space in particular because it is an area [where] quite frankly, we don't have transparency and visibility.” According to AdAge, the company now plans to extend its deal with Lucidity beyond the originally planned three-week test. Inouye added:

"We are in discussions to take it to the next step and [test] further with additional campaigns for a longer period of time. We feel that if we go longer we would see stronger results."

Tom Scott, Media Director at Saatchi & Saatchi, stated that "even with high standards of anti-fraud and viewability filters already built in, Lucidity was able to deliver significant value-add by further optimizing the campaign." He added:

"The ability to have access to a transparent, clean set of data from across the programmatic supply chain is game-changing. We're empowered to take action, and this is the first time we've been able to use blockchain technology to eliminate waste and optimize our ad buy in this way."

Blockchain has been actively deployed within the media industry to address transparency issues like fake traffic counts, bot clicks and domain spoofing, as well as audit ad transactions. In June, global ad software giant Mediaocean partnered with IBM to use blockchain to bring transparency to the “entire lifecycle of an advertiser's media dollar flow.”