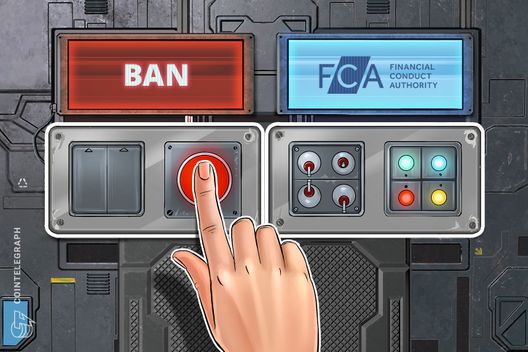 The U.K.’s Financial Conduct Authority has said it will consider whether to ban the sale of cryptocurrency-based derivatives, citing the risks of amplified investment losses.

The U.K.’s Financial Conduct Authority (FCA) has said it will consider whether to ban the sale of cryptocurrency-based derivatives, the Financial Times (FT) reported Oct. 29.

Unlike crypto spot market activities, trading, transacting and advising on crypto derivatives such as contracts for difference (CFDs), options, and futures currently falls within the FCA’s regulatory perimeter and requires its official authorization.

In a statement published Monday, the watchdog is reported to have said it will now launch a consultation in the first quarter of 2019 into whether or not to place a ban on their sale in future.

The regulator’s remarks came the same day as a new report published by the Cryptoassets Taskforce – which includes representatives from the FCA, the U.K. Treasury and the Bank of England – emphasized that leveraged crypto-based derivatives were even riskier than spot market trading as they can amplify and “cause losses that go beyond the initial investment,” as well as imposing additional fees.

FT reports that the sale of crypto derivatives have become increasingly profitable for London-listed online trading platforms, citing IG Group and Plus500 as examples.

The FCA reportedly plans to launch a parallel consultation into whether to extend its regulatory jurisdiction to crypto assets themselves, as well as to infrastructure providers such as exchanges and wallet services.

CryptoUK chair Iqbal Gandham is quoted by FT as saying the group was “pleased” by the proactive move, but stressed “[i]t is important that new rules are proportionate and do not put up excessive barriers, including for retail investors.”

In its statement, the FCA is said to have “made clear that in its view cryptoassets have no intrinsic value and investors should therefore be prepared to lose all the value they have put in,” further highlighting that the asset class as a whole poses “potential future threats to stability.”

As reported yesterday, the U.K. government Taskforce’s newly-published report proposed a three-fold framework for cryptoassets, depending on whether they are used as a means of exchange, for investment, or to support capital raising and the development of decentralized networks through Initial Coin Offerings (ICOs). The report struck a circumspect and interventionist tone, while recognizing the beneficial innovations of the emerging sector.