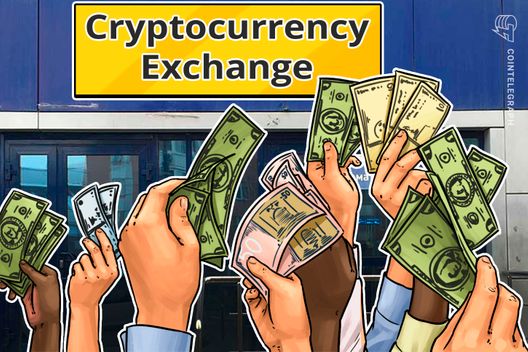 CoinfloorEX, a unit of the United Kingdom cryptocurrency exchange Coinfloor, has been reorganized to offer trading of physical Bitcoin futures on the Asian market. The CEO of the company has revealed this in an interview with Bloomberg on Monday, Jan. 7.

The rebranded CoinFLEX — short for Coin Futures and Lending Exchange — is reportedly owned by a consortium that includes Roger Ver, an early Bitcoin (BTC) entrepreneur and the supporter of the most recent controversial Bitcoin Cash (BCH) hard fork.

According to Bloomberg, the new venture will be based in Hong Kong and headed by Mark Lamb, Coinfloor’s co-founder. It will offer Bitcoin, Bitcoin Cash and Ethereum futures contracts to retail investors based in Asia starting in February.

In the interview with Bloomberg, Lamb said that all of the company’s futures will be physically delivered. As soon as a contract expires, the customers will be given the underlying cryptocurrency instead of a cash payment. Bloomberg highlights this as an important distinction in the “largely unregulated crypto markets.”

In August 2018, the operator of the New York Stock Exchange (NYSE), the Intercontinental Exchange (ICE) announced the launch of Bakkt, it’s own platform for Bitcoin futures contracts trading.

The company has recently closed its first funding round, raising $182.5 million from 12 partners and investors, and is expected to launch its platform in early 2019, as soon as it gets approval from the U.S. Commodity Futures Trading Commission (CFTC).

In October 2018, reports emerged that Coinfloor has laid off the majority of its approximately 40 employees as part of an ongoing business restructuring. The exchange’s CEO Obi Nwosu then commented that the company was going through some "staff changes and redundancies."