The Ukrainian Ministry of Finance has formed a working group to develop the country’s crypto taxation regime by the end of 2018.

The Ukrainian Ministry of Finance is creating a working group to discuss and develop a legal framework for crypto taxation, according to an Oct. 8 announcement on the ministry’s official website.

The group will start its work beginning Oct.16 to identify crypto-related tax regulation options within the existing legal framework. The group of experts will also identify possible instances in which new or revised legislation is necessary.

The findings of the group will be presented to the Expert Council for the preparation of common tax consultations by the end of 2018.

In mid-September the Verkhovna Rada, the parliament of Ukraine, proposed a bill on crypto taxation. The draft offered a five percent tax for individuals and legal entities that possessed coins and tokens.

The bill also proposed to raise the tax for business revenues from crypto to 18 percent starting January 1, 2024. Per the document, the new tax regime would draw an additional 1.2 billion hryvnia ($43 million) to the budget annually from 2019–2024.

In early October, Ukrainian parliamentarian Yuriy Derevyanko proposed another bill that would provide tax exemptions for all crypto traders until 2029. Derevyanko said, “We have to regulate and legalize this segment, which will become an engine for a new economy.” 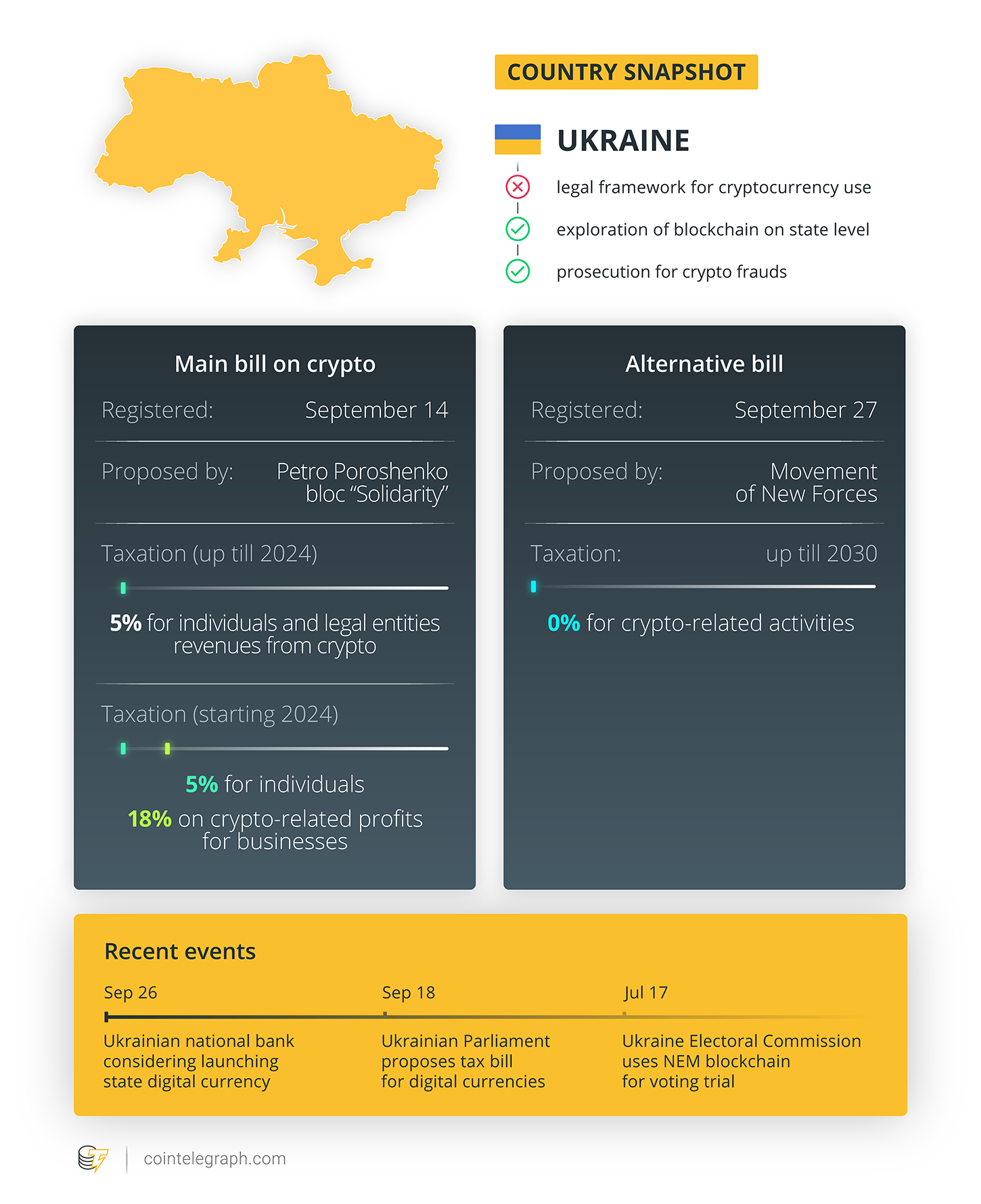 The difference between two Ukrainian bills on crypto. Source: Cointelegraph

As Cointelegraph previously reported, the National Bank of Ukraine (NBU) is considering a state digital currency tied to the local fiat currency, the hryvnia. The NBU noted that the “e-hrynvia” would be centralized and remain under government control.